Many generate the idea of ??what is the order of Melchizedek, we see texts that determine this function of order of Melchizedek. In order to correctly understand the word "order", 1,2,3,4,5,6 , we need to understand the term in the bridges of the original languages ??of the text, which would be Hebrew and Greek. In 1 , we have the Hebrew, but we have its Greek bridge in the septuaginta.

We therefore have the Hebrew strand (????? H1700) (dibrâh) 9 , and its Greek parallel (?????G5010 N-ASF) (taxis) 10 , in both dictionaries we have the term order as intercession, in fact none of them generates the meaning of command, or order is not that it was the type "John commanded Peter to work," in fact the idea of ??the two terms is sequence order. But we must understand that the main root of the term is equality between two things, namely we are determining that Melchizedek is similar in position to the Anointed. Defining that both Melchizedek and the Anointed are priests eternally.

What we have in Greek is that (?????G5010 N-ASF) (taxis) 10 , comes from the root (tass?) 11 , which fully defines an order of official dignity. The clearly demonstrates that the text component " one mediator between God and men, the man Christ Jesus " 12. If we go to Hebrew we have (????? H1700) (dibrâh) 9 , which is the feminine of (dâbâr) 13 , which has by radical (dâbar) 14, which involves the concept of connection that is to point, or define, thus the foundation of "order", is to inform. In the verse we have then that Jesus and Melchizedek are defined on the same scale. The system of idealizing succession by death does not fit here since the Greek and Hebrew term does not support the necessity of death, nor that the other is obliged to leave what he was doing, that is, Melchizedek is not a priest because Jesus is a priest , it is only shown that Jesus is a priest. In this case, even as a priest in the likeness of Melchizedek, Jesus has the tools to intercede for man, that is, to be man. To define that Jesus is man does not prevent him from being God, it must be understood that the term God in Portuguese comes from the Greek Theos, which comes from the proto-European that means from heaven, so that which comes from heaven is God, and divine is the characteristic of that which comes from heaven. In the Hebrew concept we have Elohim, which is the existence of God in its enlarged form, so that all that acts upon the obedience of divine control is God. Now with all the linguistic foundations it is not being defined that Jesus is not God is not only analyzing by this field of vision.

What we base is that in the definite concept of "the order of Melchizedek," we need the need of Jesus as a member of humanity is necessary for intercession, "For we do not have a high priest who can not sympathize with our weaknesses; who, like us, was tempted in all things but without sin. " 15 . Thus we can observe that the Levitical order was only a shadow, since "because it is impossible for the blood of bulls and goats to take away sins," 16 it is natural to observe that the actions of the Levites were only a shadow, sins. In this way we have that the true eternal priest is Melchizedek, but as a work of atonement could not be done, being in charge of transmitting and acting the divine will to men.

Even Jesus being of the order of Melchizedek is with a function that could not be made by Melchizedek, which is the atonement for his blood, since "from so much a better covenant Jesus was made guarantor." 17 , indeed the Levites can not be eternal priests because of death. "And indeed they were made priests in great numbers, because by death they were forbidden to remain", 17 so that only an eternal priest of the same rank of Melchizedek could "but this, because he abideth for ever, hath his everlasting priesthood." 17 , to be the true priest and not a Levite.

In fact, because we knew in advance that the Levites would not really serve as priests, being only a typological priest, we have to have the twelve tribes and even political Israel be a typology, the real facts being what they are, the real facts, how the divine actions that take place in Heaven, and the acts and occurrences on earth through the prophecies. Thus the Levitical priestly effects and the rules governing this purpose are "are a shadow of things to come; but the body is of Christ" 18 . One should keep in mind what are Levitical norms and what are norms of love. One must know what sin is to purify oneself through obedience. Now to obey God is not a Levitical rule, since Abram had no Levite priest and obeyed God, such as Noah, Enoch, and others 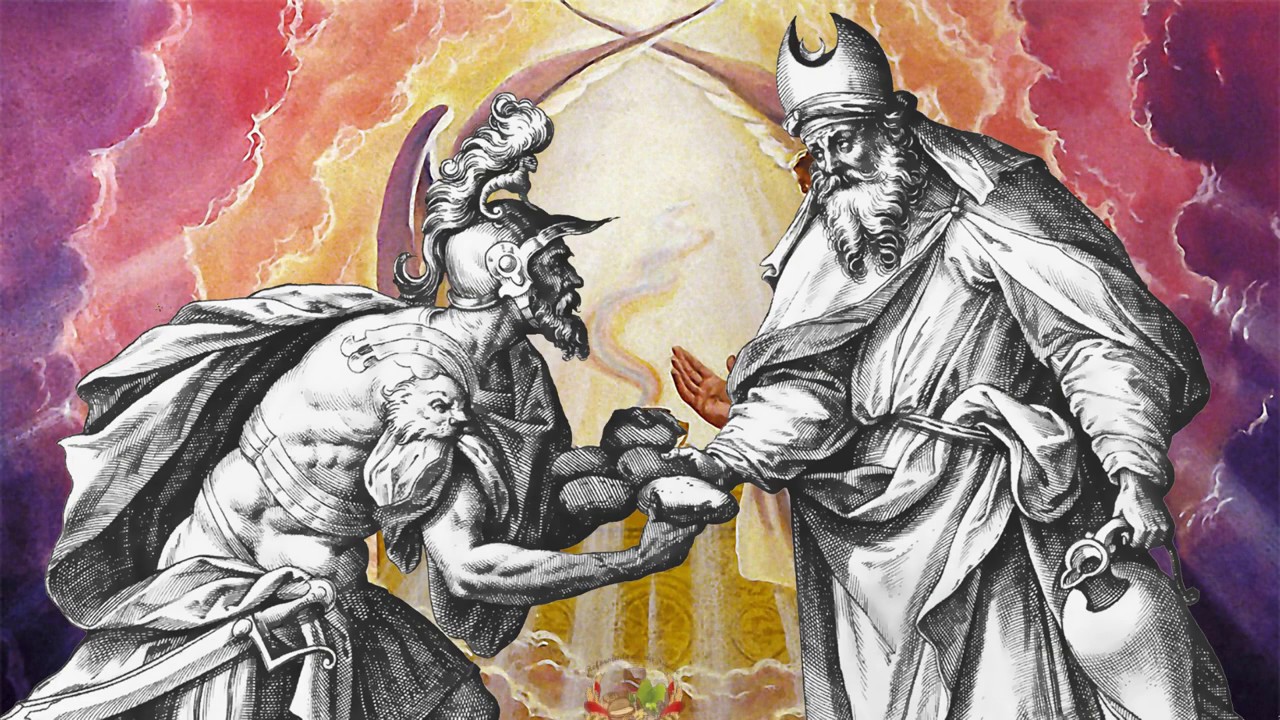