In the tradition it is defined that the book of Jude is written by Judas, the brother of James.

Jud 1:9  Yet Michael the archangel, when contending with the devil he disputed about the body of Moses, durst not bring against him a railing accusation, but said, The Lord rebuke thee.

Jud 1:14  And Enoch also, the seventh from Adam, prophesied of these, saying, Behold, the Lord cometh with ten thousands of his saints,

Jud 1:15  To execute judgment upon all, and to convince all that are ungodly among them of all their ungodly deeds which they have ungodly committed, and of all their hard speeches which ungodly sinners have spoken against him.

And in the book of Enoch we find:

1.9 And behold! He comes with ten thousand saints; to judge upon them, and to destroy the wicked, and to fight against all flesh in regard to all that sinners and wicked men have done and forced upon Him.

60.1 In the fiftieth year, in the seventh month, on the fourteenth day of the month of Enoch's life. In the parable I saw how heavily the heavens were shaken violently, and the Holy      One of the Most High and the Angels, thousands and ten thousand times ten thousand, were greatly disturbed.

And now we find a serious problem, whether Judas is a book considered canonical, that is to say, sacred, and this book quotes prophecies from another book, and whether prophecies can only come from God. How can we say that the book of Enoch is not prophetic once quoted by Judas?

Or consider the non-canonical book of Judas, or the canonical Enoch book. For Judas was not making a historical reference. For example, if a biblical book quotes historical data, the historical book is historical, it is not about something inspired. But if I quote a prophecy from a book, I am saying that that book has a prophecy and if I consider all prophecy to be divine then the book fits into divine material.

But ... how do we solve this? The problem is in the way people view the Bible. There is a group of people who see the books of the Bible as a block of books organized by God himself.

Until a few years ago, the Bible contained as standard the apocryphal books. For example: the Septuagint. The Septuagint is considered as the Bible of the time of Jesus and had the following books:

Tobias, Judith, Maccabees, Ecclesiastics, Baruch, which are books that are not in the Protestant version.

So what was preserved, the Septuagint or the Protestant Version?

For example when we read the verse:

1Sa 28:12  And when the woman saw Samuel, she cried with a loud voice: and the woman spake to Saul, saying, Why hast thou deceived me? for thou art Saul.

1Sa 28:13  And the king said unto her, Be not afraid: for what sawest thou? And the woman said unto Saul, I saw gods ascending out of the earth.

First question: who wrote the book of Samuel, because in the verse in question Samuel was already dead? And how does the book say that Samuel is a god coming up from the earth? Is Samuel God?

And on the back.

Jos 24:29  And it came to pass after these things, that Joshua the son of Nun, the servant of the LORD, died, being an hundred and ten years old.

See that understanding the Bible is not a simplistic action. You need to know what's going on.

When we read the book of Enoch we find characteristics that describe it as having foundations in the writings of the Pentateuch.

Deu 33:2  And he said, The LORD came from Sinai, and rose up from Seir unto them; he shined forth from mount Paran, and he came with ten thousands of saints: from his right hand went a fiery law for them.

But Enoch's textual mode resembles the lesser prophets, such as Hosea, Zechariah, and Malachi.

Enoch quotes several names of Angels. What can not have come from the line of the Pentateuch, because Moses does not quote name of angels. Michael, who is a name greatly quoted in Enoch, is quoted from Daniel, so Enoch comes from a basic bond after the Persian system.

Now, the Hebrew writing itself changed after being prisoners of Persia. But how then is the book of Enoch resolved?

First, we have the beginning of the lineage of Adam, with the death of Abel and expulsion of Cain, we have the lineage of Seth and in it we find the seventh after Adam, this is Enoch. He having received the prophecies and kept the old stories would have to pass this message by oral factor.

We came to Noah and the flood, where Noah and his family were saved. Enoch's accounts would have to be saved in Noah's mind. Next comes the formation of the lineage of Shem and the division of tongues in the Tower of Babel. And yet, only those of Sem's lineage would have the accounts of Enoch. Appears Abraham, after a long time, of a lineage in Ur of the Chaldees. This Abraham leaves Ur and walks through various lands and would still have to keep the accounts of Enoch. Family problems occur with Jacob and Esau. Jacob becomes Israel and bears 12 children. The period of slavery in Egypt occurs. AND And there after a long time appears Moses that initiates the Hebrew writing.

The book of Enoch was divided into approximately 100 chapters with approximately 10 verses each. Would he have mentally kept all this information until Moses wrote? After all the diversity of catastrophic events cited?

We read one of the verses of Enoch

And that goes on, would it be possible to record this list altogether in addition to all the other head texts?

And the way of writing the book of Enoch appears in the models of the minor prophets. In other words, his acceptance could only be by a prophet who had visions of Enoch. Other than that it may just be a mix of a very old story that one has greatly enlarged. That is, the story of Enoch has remained only a few disconnected lines and someone created over them and gave the name of the book of Enoch.

In fact, the existence of Judas and his quotation to the book of Enoch only determines that a conscious person has a much deeper insight into what really can be considered  truly inspired and what is created and imagined.

It is indeed a very childish view to determine that God has united the books of the Bible as it is today is the Protestant bible, mainly containing books like Judas, Songs and other texts, that in older texts do not appear.

A much more adult and conscious view involves analyzing with logic and rational textual organization the texts of the Bible, imagining an Entity that has created the universe with mathematical logic and perfect order: 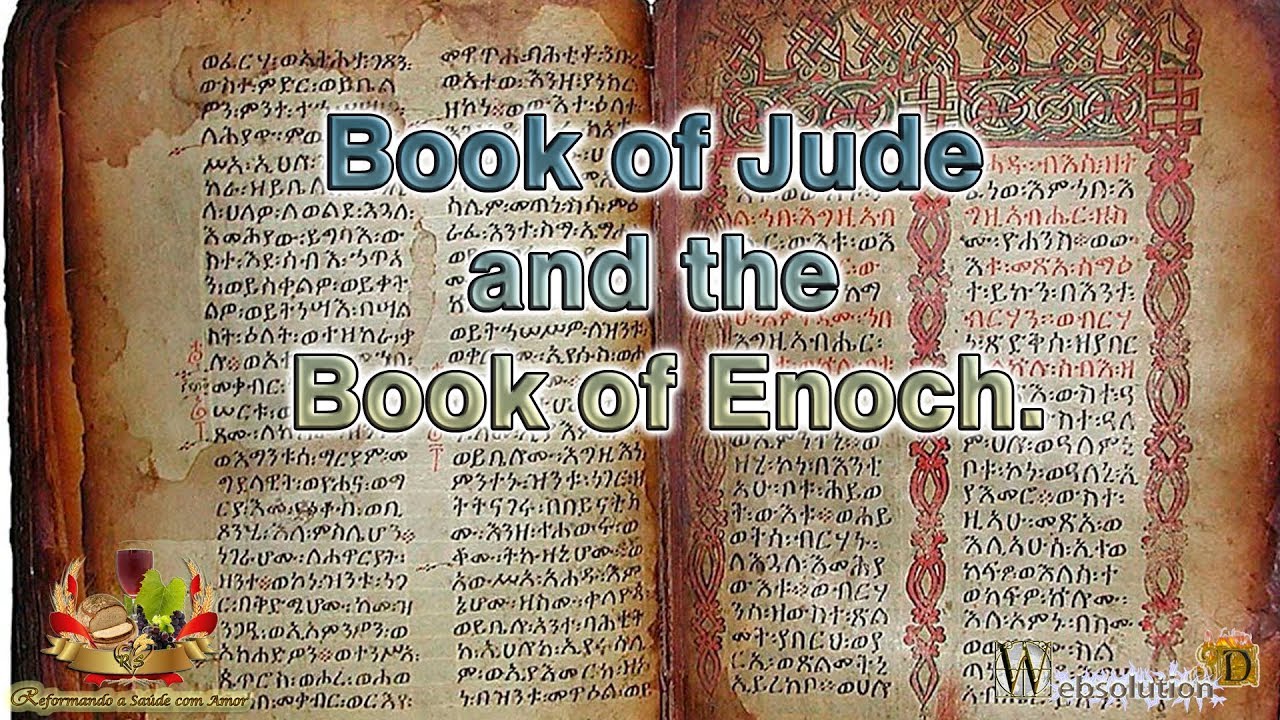