Many people question the existence of God. But there is a verse from Romans 1:20.
Because his invisible things, since the creation of the world, both his eternal power and his divinity, are understood and clearly seen by the things that are created, so that they are inexcusable;
Thus we have, if we look at the universe, we must observe the existence of God. We can use the large entropy effect in relation to the universe.
Entropy is the way in which energy is cooled, that is, the passage of heat to cold. When we look at the sun, we see that it releases a lot of energy in all directions, and this energy is cooling down.
A tiny part of this energy heats the earth. In it we have organisms that use energy at the molecular level, but manage color and flavor factors, which expend a lot of energy.
What makes the universe a system of great beauty. So, in addition to the great complexities of the laws that govern the universe, we have energy expenditures throughout the universe to generate beauty, such as artistic works.
A characteristic that determines efficiency between two objects is how much the service of one object does with an amount of energy in relation to another.
A car that does 15 kilometers per liter of gasoline is much more efficient than a car that does 5 kilometers per liter of gasoline.
But the efficiency of an object is defined in what you want to do. So there are several characteristics, in the most varied ways and the most varied specimens on planet earth.
This variability involves great energy expenditure, but based on a molecular energy production system, of the highest efficiency.
What would determine that these varied, and characteristic concepts, have been made for these actions. If it were a system without artistic concepts, the system would be extremely simple and the same, as the molecular energy production system is done.
Let me explain more easily, this is the powerhouse of all cells, ATP synthase, all organisms have the same system. But after several similar characteristics of biological systems, they start to differentiate.
This difference does not exist logic. The logic would be that organisms that were more optimized would become unique, as the ATP synthase system is unique.
But there is a diversity of beings and systems, where there should be very few beings and low energy expenditure, and great efficiency.
While ATP synthase is extremely efficient in producing energy, carnivores are the destroyers of energy efficiency in the food chain.
The existence of unique systems such as ATP synthase could not, in the same principle, generate carnivores, but only mechanisms of high energy conservation in the system.
In this way, only a conscious system could generate this alteration, against the logic of the system.
Man, for example, could not generate the destruction he generates, because his basic system is the production and conservation of energy, in the most efficient way possible.
It is as if we said that the non-conscious system is more evolved and efficient than the conscious being. Or that evolution is the regression of a highly capable programming to form a highly incapable being.
The complexity to produce an ATP synthase system is so high that the being that has acquired consciousness due to the existence of these complex mechanisms cannot reproduce them. So we should consider that chance is extremely more evolved for the production of life than the most complex and conscious being that exists.
Which is totally irrational. So the mechanism that generated the living system is more rational, and more logical than the system that survives through the basic system.
Thus, the existence of both a rational entity, to produce the system, such as ATP synthase, is necessary, as well as an entity beyond the rational, to create the destabilization.
If a man generates a program that is running perfect, he will run perfect forever. The only way to generate a destabilization is for the programmer to include an unbalanced value in the program.
The laws of the universe do not destabilize, if a law in the universe destabilizes, the whole universe goes into destruction.
The very existence of a conscious being has to be organized by laws that provide for that conscious being. If not, then a conscious being would be a destabilizing system of physical laws, and would eventually destroy the universe.
If consciousness is beyond physical laws, then physical laws cannot contain consciousness, and so consciousness would destroy physical laws.
Thus, man can only be alive if physical laws support the functioning of consciousness. And to have support, it needs to be more complex than consciousness itself, of the more conscious being that such laws support.
Which makes the existence of a conscious entity as the basis of the universe obligatory in the universe.
This foundation is the basis of the biblical text it says.
Because your invisible things, since the creation of the world, both your eternal power and your divinity, are understood and clearly seen by the things that are created, so that they are inexcusable;
So only people who don't want to think don't want to observe the existence of God. God is nothing but the conscious entity that supports the greatest existing consciousness. In this way the universe is at least equal to or greater than the greatest consciousness it supports.
It's impossible for something smaller to have something bigger inside. In this way, superior beings cannot be controlled by inferior systems. To control a superior system, it has to be superior to the system you want to control.
In that way it is more irrational not to believe in a conscious entity that supports consciousness. Than accept the logic, that only if the universe is more complex than the human being, that it can manage the human being. 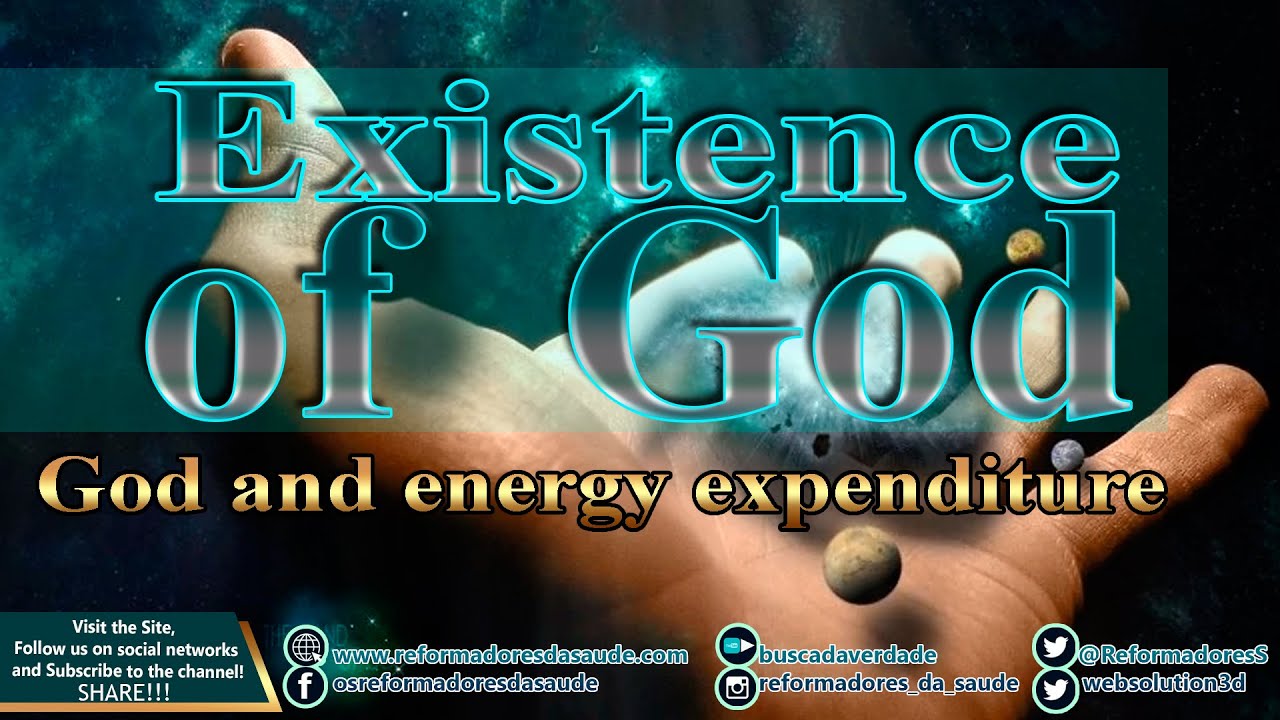