1.1. THE ANGELS gave me the vision of Him, and from them I learned everything; through them also I was able to understand the things that I could see, but not in relation to the present generation, but in relation to a future generation.
1.2 I speak of the elect, and I commence with them my parables: Behold, the Holy One comes down from his dwelling. The Eternal God walks on the earth at the top of Mount Sinai (He descends from His position, He shows Himself) and, in His immense power, reveals the glory of the highest heaven.
1.6 Truly! He will come with thousands of saints to exercise judgment upon the whole world and annihilate all evildoers, to repress all flesh by the evil deeds so wrongfully perpetrated and by the arrogant words that sinners have brazenly uttered against Him.
3.1 Observe and see the nature of all the trees, which seem dry, stripped of all their leaves, except for fourteen species that do not strip themselves of their foliage but retain the old one for two or three years, until the new !
6.1 When the number of the sons of men was once increased, beautiful and loving daughters were born to them. The Angels, the children of heaven, when they saw them, desired them and said among themselves: "Let us take women from the daughters of men and bear children!" 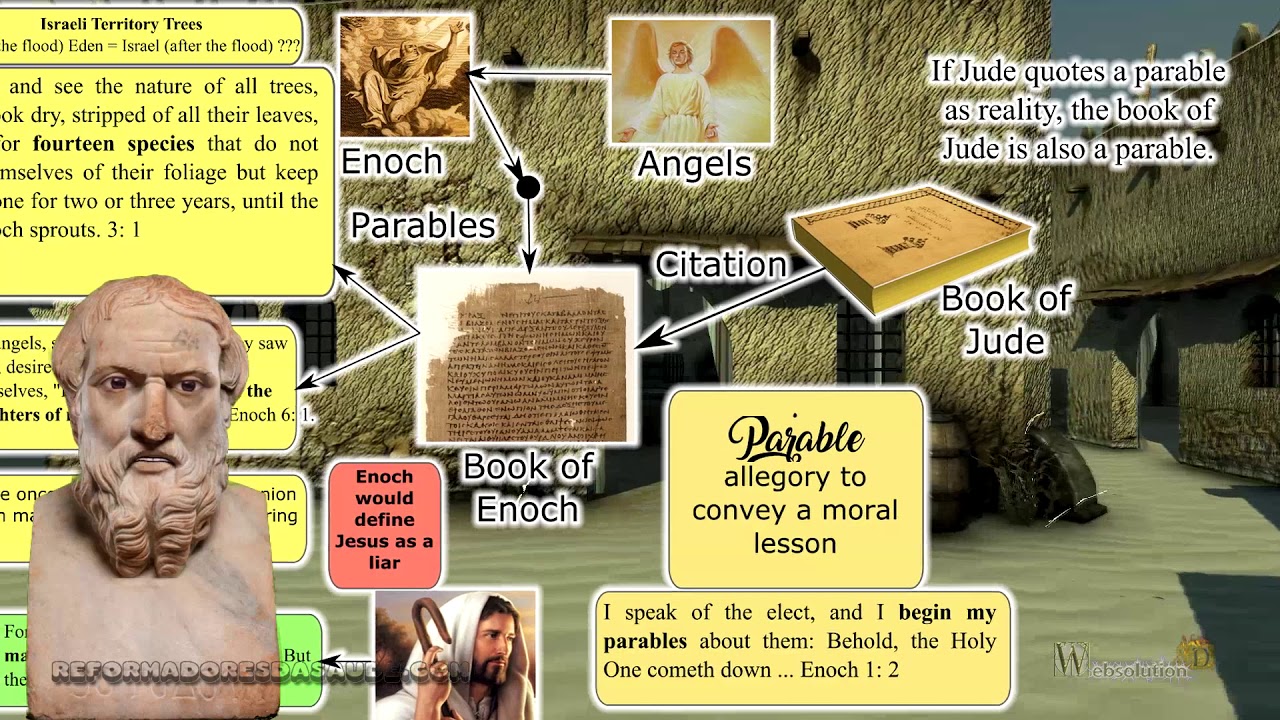