Previously we analyzed some parameters of the vision, in which John saw the symbolism of Christ. But these symbolisms still continue.
In 1:16 revelations we have that there were seven stars in the hand of the Son of Man. And the question would be what would these seven stars be?
In the book of Job 38: 7 quote.
When the stars of the Day, together, joyfully sang, and rejoiced all the children of God?
In Revelations 22:16 we read:
I, Jesus, sent my angel to testify to the churches of these things. I am the Root and the Generation of David, the bright Star of the morning.
In Job we have the morning stars, in revelations we have Jesus as the Morning Star. And the Son of man with seven stars in his hand. What would define that in Job the stars are not the children of God.
What would remain the angels.
And we can conclude by reading Revelations 2:20
As for the mystery of the seven stars that you saw in my right hand and the seven golden lamps, the seven stars are the angels of the seven churches, and the seven lamps are the seven churches.
Between the verses of Revelation 2:16 and 2:20, we clearly have the idea that Jesus coordinates the message of the angels of the churches, and also the churches.
There is one caveat here. What are the churches of God?
We can read a part of the book of Matthew 7, 21 to 23, which says.
Not everyone who says to me: Lord, Lord! he will enter the kingdom of heaven, but he who does the will of my Father, who is in heaven.
On that day many will say to me, Lord, Lord! Have we not prophesied in your name, and in your name do we not cast out demons, and in your name have we not done many miracles?
Then, I will tell you explicitly: I never met you. Depart from me, you who practice iniquity.
Therefore, the Church of God is made up of people whom Jesus coordinates, and not those whom Jesus will say he does not know.
It may seem somewhat vague to people who need to define a group of people. The point is that there is no group of people that in its entirety is the church of God.
In fact, the church of God is composed in the Scriptures of a few believers, who are contrary to actions linked to sin.
See that in the hands of the son of man we have seven stars, not a star. Likewise seven candlesticks and not a candlestick.
This does not determine that they are number seven, but that it represents the totality.
And how to know if you are part of the church of God or not. Simple, according to the text it says:
Not everyone who says to me: Lord, Lord! he will enter the kingdom of heaven, but he who does the will of my Father, who is in heaven.
Thus, it is necessary that what is part of the church of God, study deeply and free of personal wills, waiting for the revelation of God, through his spirit. Remember that it is God's will, not the will itself.
We can observe the church that is not of God, in the verses, according to Timothy 4, 3 and 4.
For there will be a time when they will not endure sound doctrine; on the contrary, they will surround themselves with teachers according to their own lusts, as if itching in their ears; and they will refuse to listen to the truth, yielding to fables.
Here we can clearly see where the difference is between the church of God and that of men. That is why the image in Revelations, we have that the son of man controls the church of God, so it cannot be linked to the will of man.
Every group that calls itself a church and determines to follow the will of man, is not linked to the church of God. But even in this group there may be members of the church of God, who are against the will of man, in what they say is the church of God.
Thus, the union between the seven candlesticks and the seven churches, is linked in that the church of God, obeys the will of Christ.
Now, let's stop seeing the representative systems of Revelations.
It is a clear foundation for those who follow Jesus to follow Jesus' will, as Jesus did with his Father and said.
In John 5, 30 says:
I can do nothing about myself; in the way I hear it, I think. My judgment is fair, because I am not looking for my own will, but for the one who sent me.
We will then easily understand the vision of the son of man and the seven stars, with the seven candlesticks.
In short, we have those who will be victorious, those who are with Christ, defined as the Son of man. And to be with Christ, it is necessary to do the will of Christ. 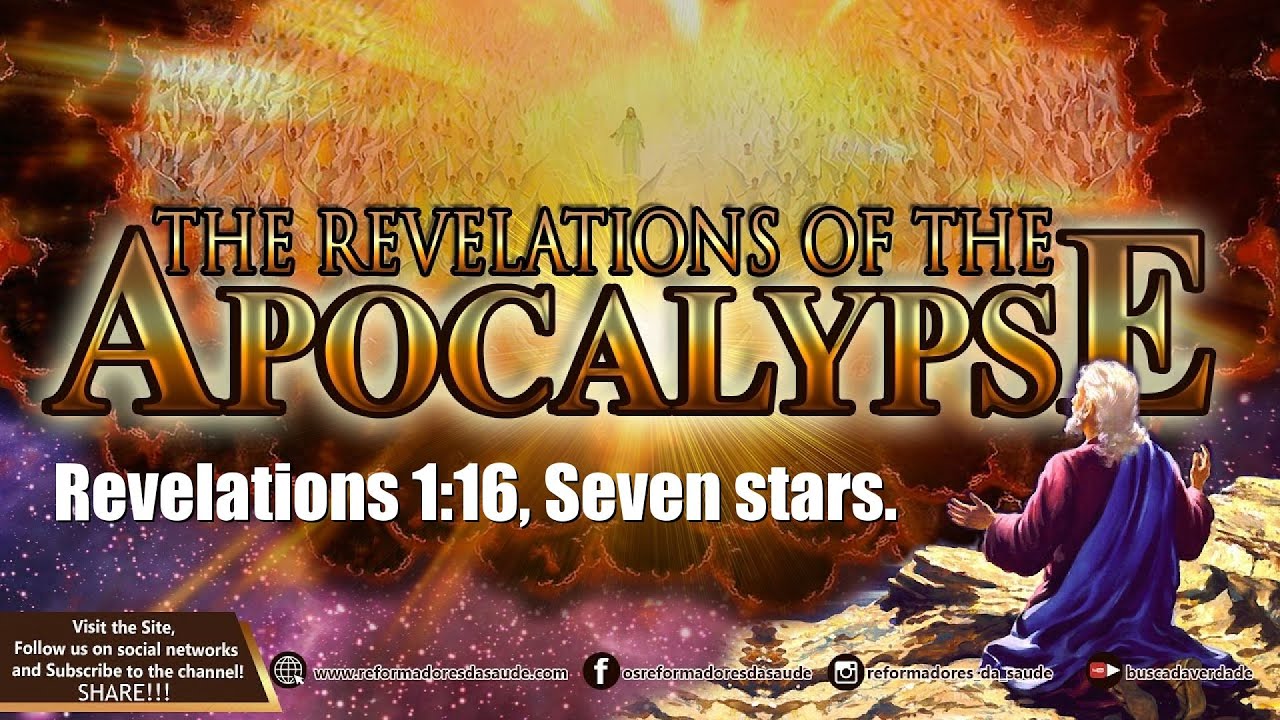