#Beast_of_the_Apocalypse #Sculpture #Jaguar #Mexico #UN #United_Nations #Leopard #Greece #Rome
Many groups of people determine that a new statue placed at the UN is a representation of the Beast of the Apocalypse.
We must understand that different groups live creating ideas of beasts of the Apocalypse in different concepts and ideas, and until today none has been hit.
The Beast of Revelation as it says, is an animal described in the Bible, and so it must be in accordance with what the Bible says and not with people's imagination.
Mexico presented the UN with a winged Jaguar. The winged Jaguar is a representation of Aztec culture.
The Aztecs considered the Jaguar a deity, a standard feature for deity creation is to use animals as gods. So the Jaguar is merely an Aztec deity.
Does this mean then that it is the beast of the Apocalypse? No, it just means that there is one more of many deities placed in various world bodies.
It is neither the first nor the last sculpture of deities that are placed in political bodies. In fact the most placed deities are Greek or Roman deities.
And in fact the Bible, in reference to the beast of Revelation, is placed in Roman representations, and not in Aztec representations. In fact, the bible does not mention any reference to these people.
Thus, the beast of Revelation is not a Jaguar, the closest reference being a leopard with four wings and four heads. But this representation is from Greece, and not in reference to the beast of Revelation, which is a monstrous and unreferenced being.
So the Jaguar, representing the Aztec deity of Mexico, has nothing to do with the Beast of the Apocalypse. It is merely another deity created by the culture of a people, and given as a gift to represent Mexico in this case.
When Mexico gave this sculpture, it would just define a prominent position, and a political score for Mexico, nothing more.
The representation of the Beast of the Apocalypse, remains apostasy, and the search for a life outside the concept of correctness, which is linked to the most natural and symbiotic life possible.
The Beast of the Apocalypse is not a sculpture, but a formula for world politics, for the acceptance of human ideas, contrary to what human beings are in their nature.
For God created the human being, with its norms and rules, linked to natural laws. When man violates these natural laws, he is going against God, destroying human beings. And when destruction becomes a world political rule, then we are at the end of time.
The Beast of the Apocalypse in its final action, destroys everything that is the representation and norms of God. This is not mere sculpture, but the concept of world politics. Sensationalists seek objects, when the real involves modification of world culture. 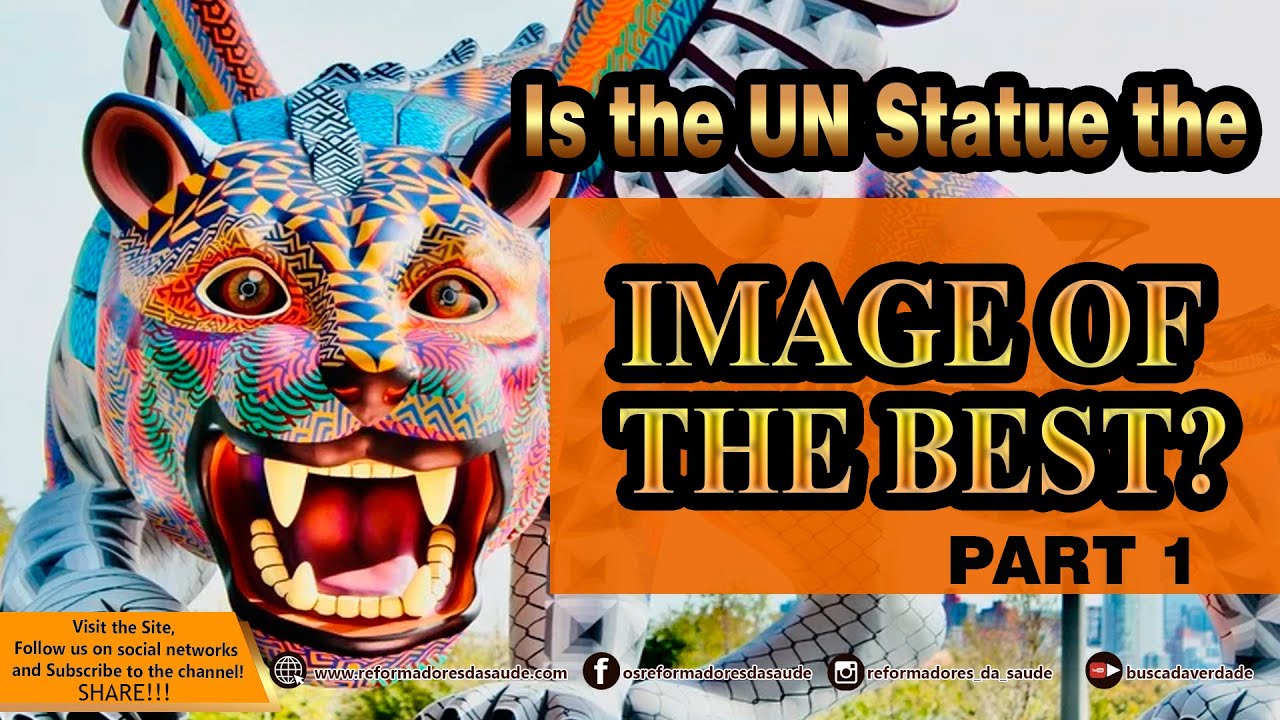