#Beast_of_the_Apocalypse #Sculpture #Jaguar #Mexico #UN #United_Nations #Leopard #Greece #Rome
Much is speculated about the representation of the beast of the apocalypse. To know this representation we have to observe the biblical texts and we can read.
In Revelation 13:1 we can read.
I saw a beast that came out of the sea. It had ten horns and seven heads, with ten crowns, one on each horn, and on each head a blasphemous name.
So we have that representations must have ten horns, seven heads, ten crowns, and names of blasphemies.
But we can find an interesting feature about the book of revelations 22, 19 that says the following.
If anyone takes any word out of this book of prophecy, God will take from him his part in the tree of life and in the holy city, which are described in this book.
Therefore, we cannot under any circumstances reduce the information about this book. So, if the beast, or its image, has seven heads, then seven heads should be placed.
You cannot define something that does not have all the descriptions in the book of revelations, because according to the book, whoever does this, God will take his share of the tree of life and in the holy city.
As we see, the different Christian eras sought representation according to the biblical text. That's because it's important to have such biblical concepts so that prophecy can be seen correctly.
We can still read in Revelations 17, 3.
Then the angel took me in the Spirit to a desert. There I saw a woman riding a red beast, who was covered in blasphemous names and who had seven heads and ten horns.
What we have again is the Beast containing blasphemies, with seven heads and ten horns. Defining the beast, or the image of the beast in another way, is taking away what is written in the revelation texts.
Thus, it is necessary to know how to correctly define the representative characteristics of the beast of the apocalypse. And in ancient times, many representations sought this system.
It cannot be defined that something that does not have the characteristics defined in the text of revelations is a representation of such texts, since revelations say not to take what the text says.
So if it has seven heads, the representation has to have seven heads, if it has ten horns, the representation has to have ten horns, if the text says ten crowns, then it has to have ten crowns.
In this way a true Christian who follows the scriptures would never say that something would represent the text without actually having the characteristics of the text.
If you as a Christian see or hear someone saying that something represents the revelation text, and it doesn't contain all the content, then don't accept it, don't believe it, and don't support it, because the revelation verse says that whoever takes away, God will take the fruit of that person's life.
So the true Christian neither adds nor takes away from this book. 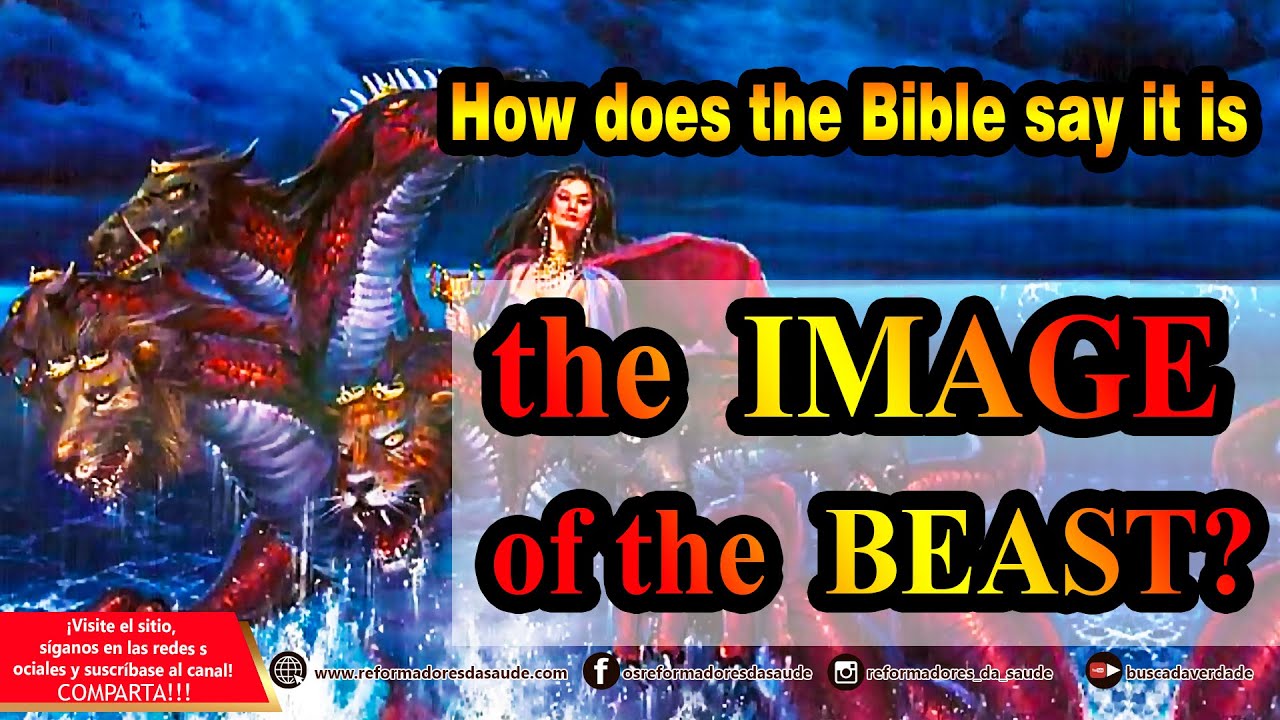