Mithra is an ancient Persian deity, defined in angelic Zoroastrianism, such is the deity of contracts.
Defined as a judicial figure and protector, whether of harvest or water.
The Romans acquired this deity through Zoroastrian concepts.
The name Mithra comes from the etymology of covenant, so this deity is determined to make covenants with men.
Here we have a coin minted approximately 130 before the birth of Christ, and on it we see the image of Mithra.
On this coin, from the same period, we see the king kneeling at the feet of what is believed to be Mithra.
Here we see a marble relief from Roman Mithraism, in the 2nd century AD.
And here we see the investiture of Emperor Ardashir II, and on the left we see Mithra.
Mithra passed to Roman paganism, as god of the covenant, and so he reasoned that he could get things through the covenant with this god.
The importance of this deity was such that it was linked to the winter solstice, the longest night in December, defined as the turning from darkness to light, the so-called "rebirth" of the sun.
This is the real origin of the term natal used until today.
In Mesopotamia, the festivities lasted 12 days, the Greeks held parties with lots of wine worshiping Dionysius, and the Egyptians worshiping Osiris.
The Roman celebration was just a link with all the other pagan celebrations of the Christmas of the sun. Thus, Rome worshiped Mithra as the god of light, on December 25th.
The culture of celebrating solar Christmas arose in the 4th century before the birth of Christ, when Alexander the Great conquered the Middle East. And the contact with the culture, made the Romans become devotees to this deity.
Mitra thus won an exclusive celebration, the Sol Invicto festival.
This festival was linked to Saturnália, a Roman festival, which was celebrated with the delivery of gifts to each other.
With the growth of Christianity, and the acceptance of Christianity by Emperor Constantine, it generated problems of union of Roman pagan cultures with Jewish Christians. With that, the solution was to mix pagan festivals with Christian concepts.
In this case, Sextus Julius Africanus, in the year 221 determined that the birthday of Jesus would be on the 25th of December, the day of Mithra's birth, and thus the strong paganism of the 25th of December on Mithra would be overlaid on the figure of Christ. Thus, Christ would be Mithra to the Romans, and Mithra would be Christ to the Christians. Making so to speak a Mithra-Christ.
Thus, the Mithra-Christ was united with the undefeated day of praise to the sun, and the feasts of Saturnalia in praise of Saturn. All this made the end of the year from December 25th an extremely expected time, as it was the union of Christian concepts becoming a festival of pagan actions, which made Christians who worshiped a Christ of difficulties, and struggles during the year, they had a Mithra-Christ of parties, drunkenness, orgies, gluttony, among other things related to paganism.
In fact, the life of Christ cannot be balanced with the actions of plenty sought after at Christmas. For Christ at his birth was in a stable, in a very simple place, with animals around him. Nothing that could boast plenty. And at the birth of Christ, the people who came along were poor shepherds, who questioned when the Messiah would deliver them from Roman suffering.
Since for the shepherds to be with their sheep outdoors at night, it could not be December when the environment was extremely cold. So at Christmas parties, which have its origins in Mithraism, people try to ignore the real example of Jesus at his birth, to rejoice in the ancient pagan rituals of festivity, the Day of the Undefeated Sun, with the delivery of gifts, of the Saturnália, created for the worship of the god Saturn. 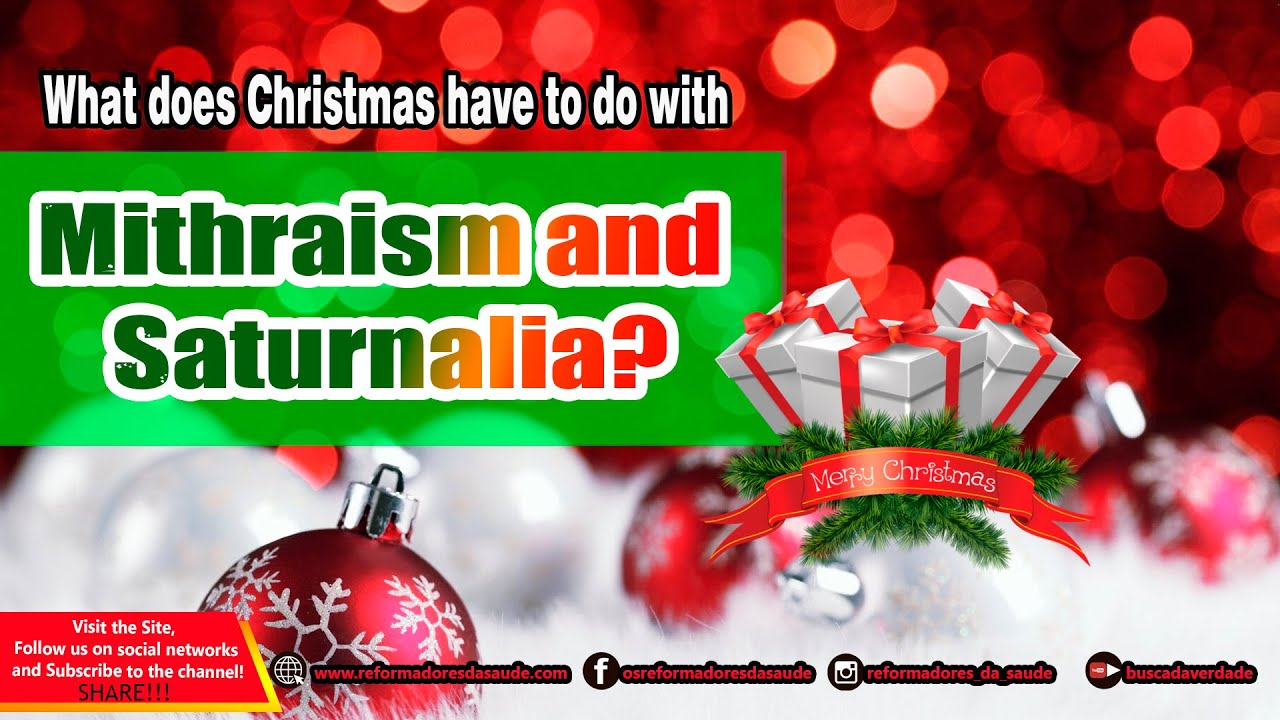