Foreknowledge is an attribute of God the Father, being those elected by that attribute, separated by the Spirit Kadosh, to be in obedience in the sprinkling of the blood of Christ.
Foreknowledge comes from the Greek term prognosis which defines forethought, it comes from the term of pure and universal knowledge. The idea of ​​complete knowledge of things. Prognosis determines the anticipated knowledge of all things. Being gnosis the complete knowledge, prognosis is the complete knowledge in all infinity.
First Peter 1, 2, elected according to the foreknowledge of God the Father, in the sanctification of the Spirit, to the obedience and sprinkling of the blood of Jesus Christ: Grace and peace to you be multiplied.
Elected, eklektos, from the foundation of callings, but called according to the complete knowledge of all ages, and this knowledge recognizes who the elect are, for they are elected by the foreknowledge of who the elect are. They are chosen for who they are, even though they did not come into existence, for by the knowledge of all ages, they are who they are. Seen by God such elect are all they will ever be. So, before they are, God knows who they are.
And so they are chosen to be like his son, because they saw such in the foreknowledge, because by the prognosis, they are predetermined, proorizo, by the vision of the prognosis. So, such are what they are, before they come to be. They are seen to be the likeness of their child. Thus marked by Ruach Kadosh as brothers of Christ.
They are conditioned by the prognosis, which knows everything at all times, seen by God the Father, who possesses the prognosis. Thus, it is the condition that in the prognosis such men are like Christ in order to be brothers. All who cannot be Christ's brothers in infinite time are not elect. But election is only possible by God the Father and prognosis is the perfection of all knowledge.
Thus, men are conditioned to accept what they do not have, the prognosis. Justice is divine, because justice is from infinite to infinite in time, it cannot be denied. When the Most High observes the ages and the depths of all beings, the wisdom that surpasses knowledge determines eternal justice. That resides only in the Most High. 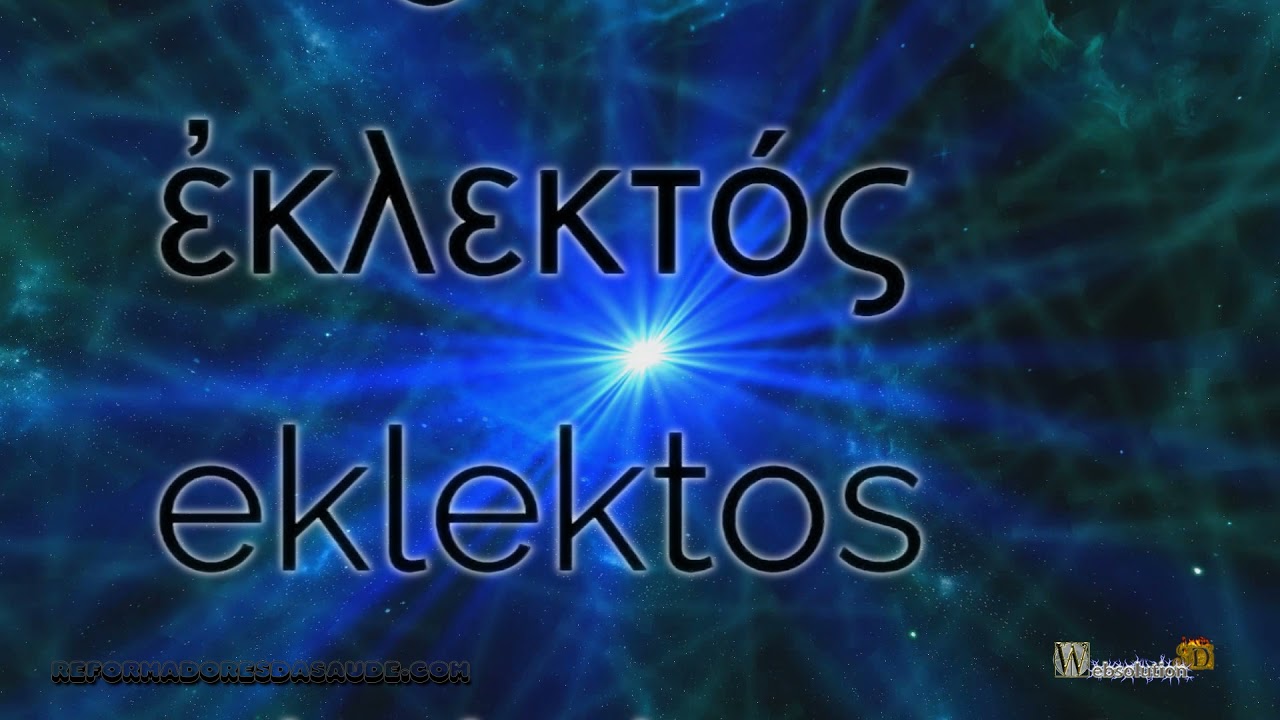