When should a Christian eat Easter? This is a question I don't think I have to answer because it's too obvious.
A Christian is one who follows Christ, so did Christ eat Easter, when did he eat Easter? In Easter. This is very obvious.
How can anyone not understand that Jesus ate the Passover at Passover? So he who follows Christ must eat the Passover at Passover.
You see, if Jesus eats bread and wine, and says he is the body and blood of Christ, and he did it before he died, how can anyone imagine that Passover is on another day?
If the Passover was supposed to be after the Passover, then when Jesus was resurrected He would come and make the Passover. But no, Jesus made the Passover, at Passover, and even said before he died on the cross, that it was to be done in memory of Him.
But he made the Passover, on the Passover. I find it strange to have to say that Easter has to be done at the time Jesus defined Easter.
Let's stop drawing and use the bible verse. In Matthew 26:19. That say.
The disciples did as Jesus had instructed them and prepared the Passover.
So wait and think, Jesus had instructed the disciples to prepare the Passover, when? In Easter. Can a person with the least bit of intelligence not understand that following Christ is doing what he said to do?
So what day did he make Easter? Is it so hard to understand that it's Easter day?
Where is the difficulty in that? Easter at Easter! Passover was not determined in the resurrection of Jesus. Passover was not determined for any action except at Passover.
Thus, Jesus on Passover Day defined the bread and wine as the body of Christ. But this took place at Passover, not after Jesus' death. So when someone decides to do something when Christ has not said so, then he is not following Christ, he is following someone who invented something else.
There is no Easter Sunday, there is Hebrew Easter, in the molds that Christ defined, and on the day he defined. To do what Christ said and did, is to be a Christian. Anything else is to be a follower of that other thing.
So Easter is at Easter! 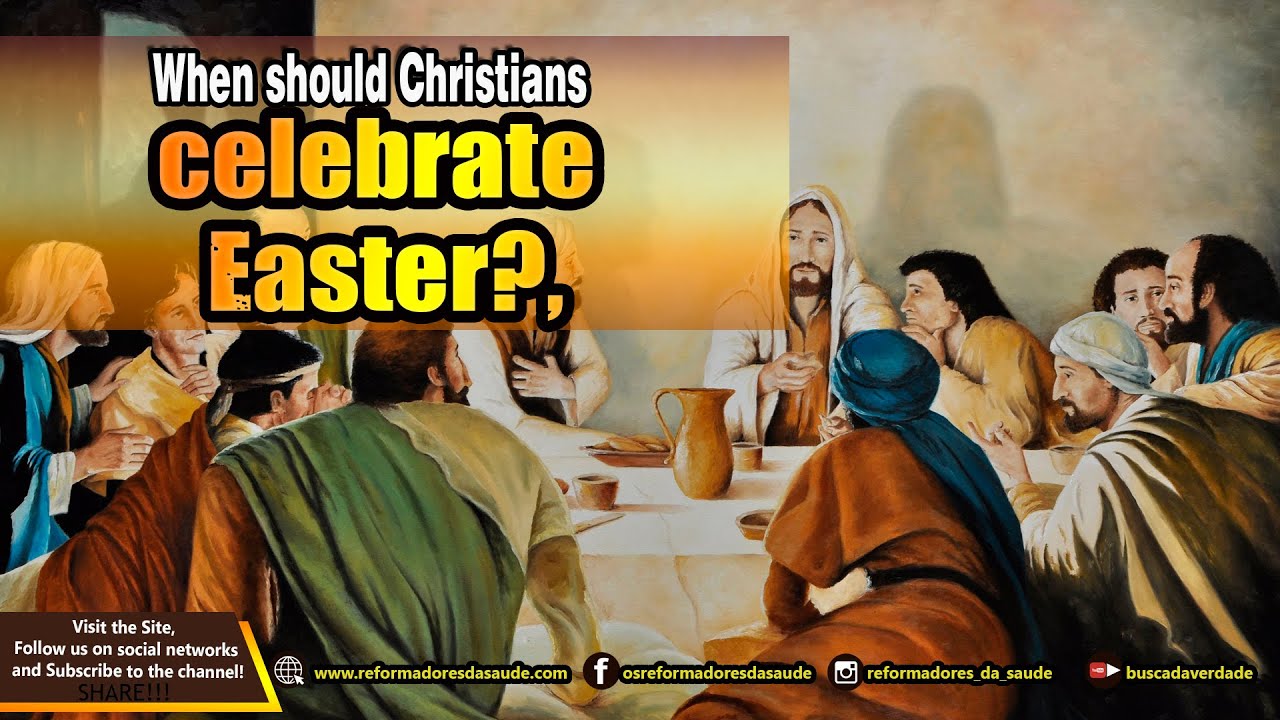