At first it referred to the study of the effects of nutrients on the expression of an individual's genetic makeup, and was later expanded to nutritional factors that protect the genome and finally to the impact of dietary components on the genome.
Numerous studies in humans, animals and cell cultures have shown that naturally occurring macronutrients, micronutrients and bioreactive chemicals regulate gene expression in a number of ways.
It should be understood that unlike drugs, nutrients are natural components of life, while drugs are substances with a specific effect on a supposed problem.
For example vitamin D has an expression effect on a gene locus within the nucleus. So eating nutrients is naturally important. As for drugs is not like that. A drug that affects a gene locus must be subject to a prescription. Already eating foods rich in vitamins, is not dependent on prescription. Unless the individual is in a situation of need for medical care.
In fact, much of the nutrigenomic focus is linked to single nucleotide polymorphisms (SNP), DNA sequence variations that represent 90% of human genetic variation.
For example the C677T polymorphism causes the activity of a certain enzyme to decrease, reducing the ability to use folic acid to convert homocysteine ​​to methionine, the result can prevent mutagenic uracil from being incorporated, carriers of c677t polymorphism may be more prone to developmental defects but can be protected against the effect of certain cancers.
This does not change anything that normal individuals should feed properly with folic acid.
Evidence determines that genome instability, when exposure to genotoxicants does not occur, is related to nutritional deficiency.
Genotoxicants are toxic substances that affect genes.
In research, folate is the substance that, in the absence of optimal levels, causes the most genomic instability.
But all the necessary nutrients are important to genomic balance. There are thousands of DNA changes in every human cell every day. If it were not effectively repaired, our genome would be quickly destroyed, diet and lifestyle are the main mediating factors in this equation.
Thus restrictive diets, such as weight loss diets that do not meet scientific nutrient balance standards, are extremely dangerous as they reduce the efficiency of reactions in the genome due to lack of nutrients.
So in short, nutrigenomics make up the reactions generated by the genome in the presence of a certain nutrient.
Nutrigenomics, genetics, genome, genotoxicants, c677t polymorphism, vitamin D, SNP, folate, gene expression 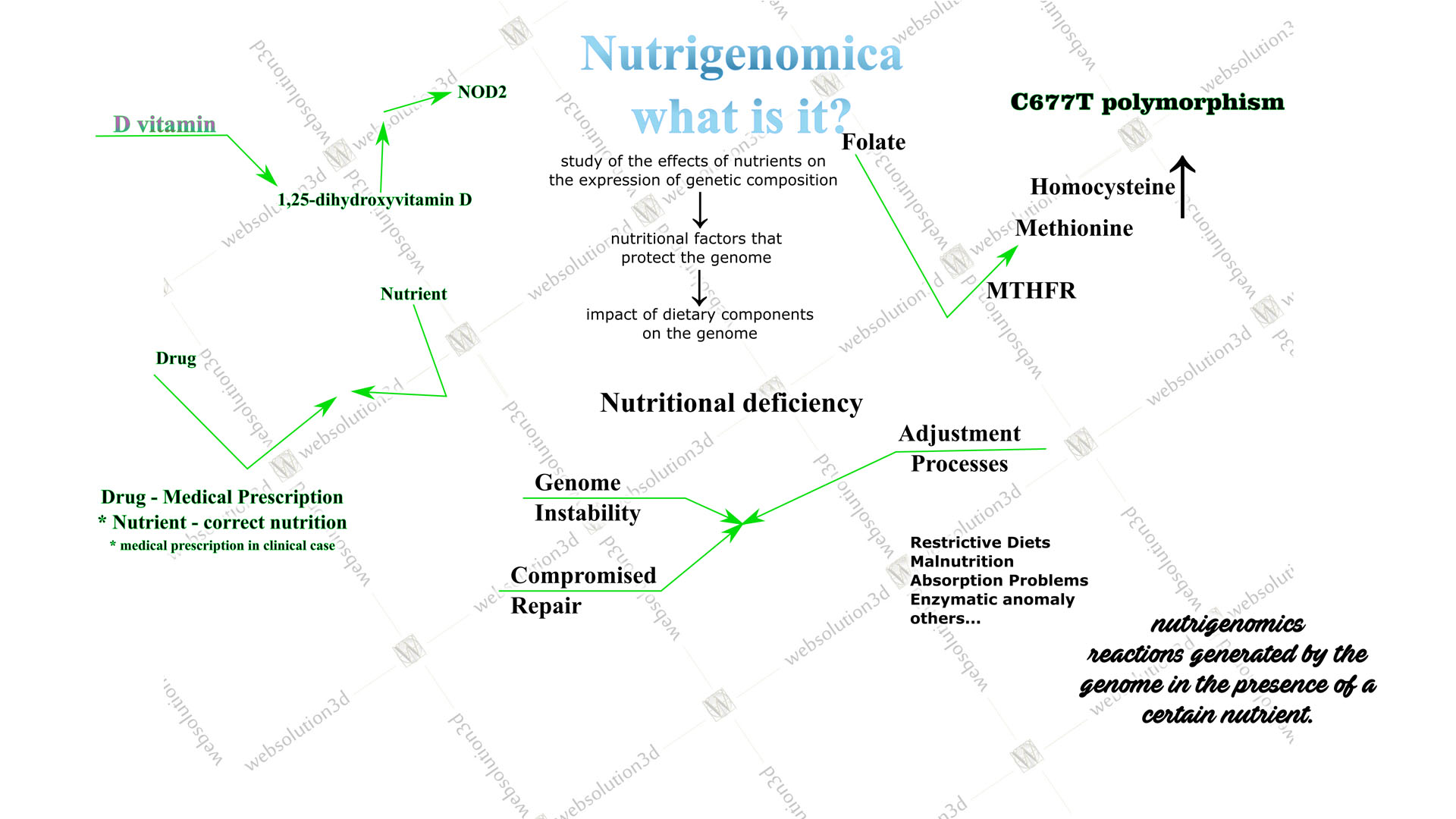 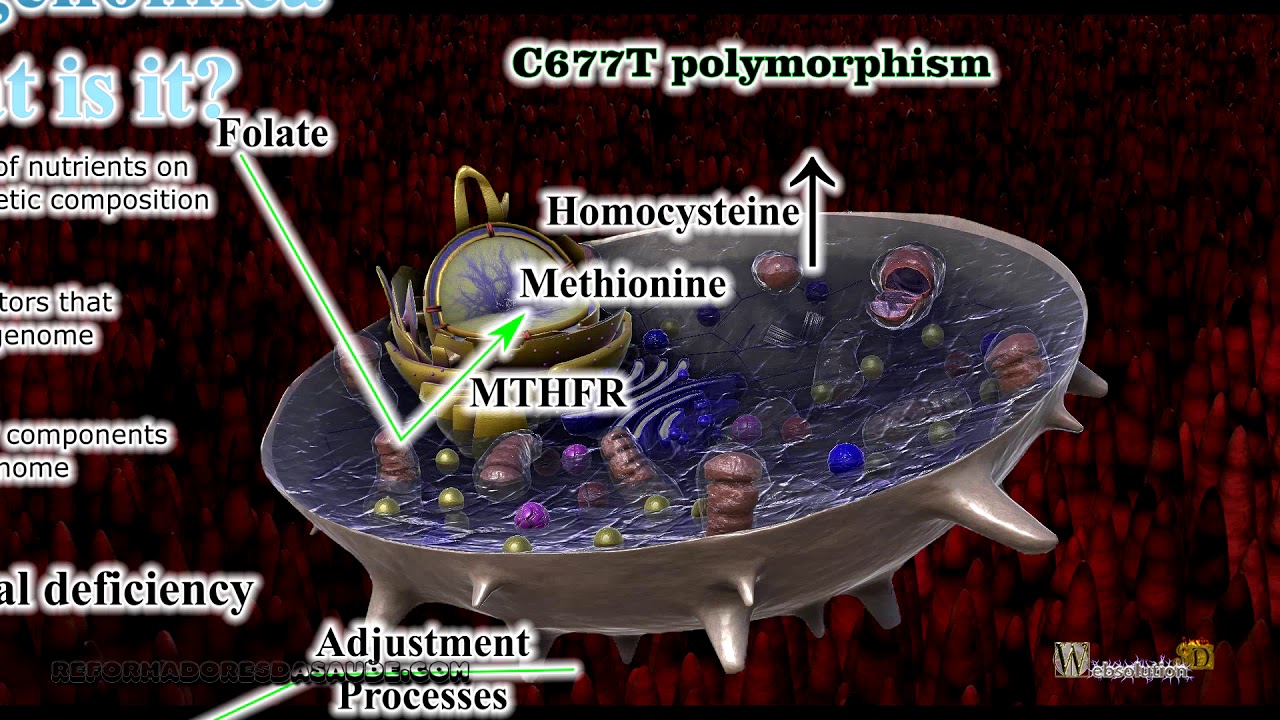