Many questions are asked about the cause of the book of Judas being in the Holy Scriptures and the Book of Enoch not being.
By reading the book of Jude we can clearly see a text that refers to the book of Enoch.
Jud 1:14 And these also Enoch the seventh, after Adam, prophesied saying, Behold, the Lord cometh among his holy myriads,
Jud 1:15 To do judgment against all, and to make all the wicked sure, concerning all the ungodly deeds that they did wickedly, and concerning all the insolent words which sinners had done wrong against him.
And in the book of Enoch we find:
1.9 And behold! He comes with ten thousand saints; to judge upon them, and to destroy the wicked, and to fight against all flesh in all that sinners and wicked men have done and forced upon Him.
60.1 In the fiftieth year, in the seventh month, on the fourteenth day of the month of Enoch's life. In the parable I saw how heavily the heavens were shaken violently, and the Holy One of the Most High and the Angels, thousands and ten thousand times ten thousand, were greatly disturbed.
Some researchers say that this is an oral tradition. What would be an oral tradition? It can be either a mere invention of a group, or a very old story that can pass to the generations. Let's assume it's an old truth. So why does not this ancient truth appear in any canonical Old Testament book? Canonical is the junction of books that have been defined by a group of people as sacred. Now if such a tradition existed in the Hebrew people it should be in the pentateuch, in the book of the prophets, or some account of the Old Testament, since we are talking about Enoch, a man who according to the canonical text exists before the flood. How after so long only in the book of Enoch and Judas does such a story appear?
Now, let's look at the text: The text talks about a prophecy in the future, ie we have a prophetic concept: How does an ancient prophecy not appear in any book of the Old Testament? And it appears in a small New Testament book? That is, a prophecy told orally, and not written, for almost 4000 years. The most rational logic is that something is wrong.
We have an invention of tradition. It occurred to Jews connected with Egyptian and Greek mysticism, and created such a story, linked to who wrote the book of Judas, who considered that such a story would be true.
It is far more logical to accept that the Book of Enoch arose in the period of the books of Zechariah, Haggai, Malachi, than a traditional prophecy of 4000 years, never quoted in the canonical books.
But then we can say that an unknown prophet, illuminated by God, told the story of Enoch. Now, indeed, this definition could be consistent with the definition that Enoch's book would be inspired. The question is: how do we know that a book is inspired or not?
In the next video we will begin to analyze whether the book of Enoch is inspired or not.

For 3000 years was not the prophecy written?
Approximately 400 years separates the book of Judas from Enoch
Prophecy never quoted before the time of Zechariah
Forgotten Prophecy?
A tradition created !?
Nag Hammadi
mystical apocryphal
What if a prophet had revelation and wrote in the time of Zechariah?
How to find out what a book is inspired by? 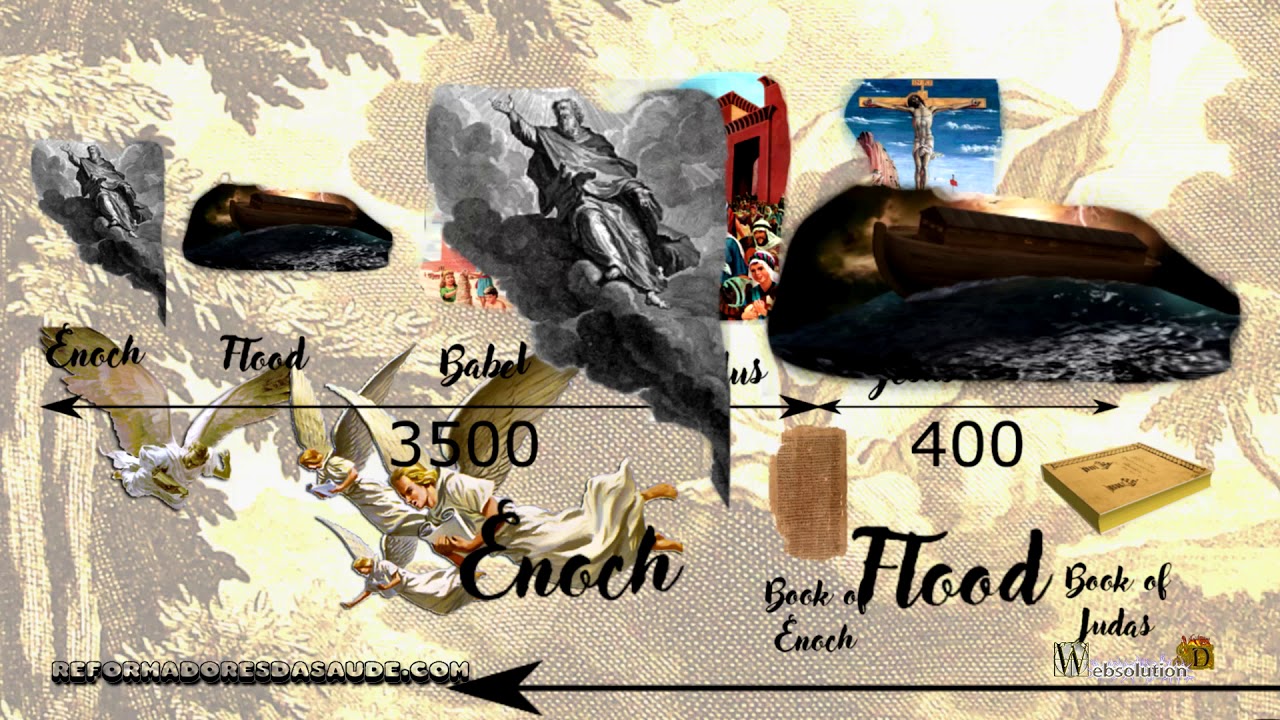