When we read the book of Enoch we find the text in 12: 3, which says:
"I, Enoch, blessed the Great Lord and the King of Eternity. And behold, the Watchers called me - Enoch the scribe - and said unto me, There is no foundation in the Bible books for everlasting curse."
And here we have a definition that can never occur. "And I, Enoch, blessed the Great Lord and the King of Eternity.", A reading throughout the bible and we can clearly see that it is impossible for a man to bless God. In fact every blessing comes from God. Thus blessing men is possible, but blessing God is impossible.
And Enoch 12: 4 we find.
"Enoch, scribe of justice."
It never occurs in the bible that Enoch was a scribe. We are talking about periods before Babylon, the syllable writing had not even been determined. All previous information systems came from oral reports. And in this period appears a scribe? What is the foundation for writing before the invention of writing? See we are still talking about a period prior to the tower of Babel. In which the language has been changed. The cuneiform as the oldest writing, or others begin with counting, not syllable words or organizations. It is therefore impossible to have texts written syllabically before the cuneiform. For if there were, the kingdom that possessed it would be the most evolved, and all the others followed its form. Writing trees are clearly arranged, demonstrating that there is no such writing before the slow organization of written systems.
We can still find in Enoch 13: 1.
"And Enoch went and said to Azazel." A good read through the bible and we can clearly see that men do not send messages to angels. Azazel is described in the book of Enoch as the worst of angels, and that he went to bring a message to Azazel. In the bible God and angels send a message to angels, not men. Men and angels send messages to men. But God does not commission men to talk or warn angels. In fact a good read in the books of Enoch and we see that Enoch humanizes angels so that they lose their system of ministering spirits, as the bible defines it, to carnal beings. Which violates the entire biblical system of defining angels. Such that we can see in Enoch 13.4
"They asked me to write to them the record of a petition so that they could receive forgiveness, and to take a record of their petition to the Lord in heaven."
Here we see that Enoch became intercessor between angels and God, so that they could be forgiven. Good Bible reading can clearly show that this kind of episode cannot occur biblically speaking. Besides that man is smaller than angels in the biblical texts, the only intercessor is Christ. Knowing that Christ defines that before Abraham he existed, that is, Enoch could never play the role of intercessor, and even more interceding for angels.
Here we can take some theological abominations developed in the book of Enoch.
First. Enoch blesses God, who is the originator of every blessing. No man blesses God, but all men can be blessed by God. For all things are of God.
Monday. Scripture did not come before the flood and was saved, as history shows that writing is a human invention, using human rules. And so there would be no divine scribe before there was scripture. In fact Abraham came from Ur, and the speech of Abraham and the Hebrews is fundamentally Ugaritic. It is impossible for this region to see such writing prior to the flood. And even the writing of Moses is a Phoenician writing, and later changed to Aramaic. And the book of Enoch is fundamentally Ethiopian writing. Which defines that there is no such form of writing before the flood that would make Enoch the scribe of justice.
Third. Angels become men, with all human characteristics, and interact with women. Knowing that Jesus said angels don't do such things. Angels are angels and men are men, such that Jesus came as a man. In fact God created male and female, so that such would bear children, not that angels would have this connection. In fact we can observe that relationship angel man does not happen. In fact there is no logical reason why an angel was raised with sperm production. Unless we can determine that there is a female angel, and that angels relate sexually and produce angels. Which again would make Jesus put in the position of a liar.
And fourth. Enoch stands in the position of Christ, or superior to Christ's action on earth, for he becomes the intercessor of beings greater than man. As the bible says, Jesus is the greatest of men. "Thou hast made him a little lower than angels, and crowned him with glory and honor, and set him over the works of thy hands." Thus we have an Enoch superior to Christ who can bless God and intercede for angels. Writing letters of intercession.
So a good study in the book of Enoch and we can see how such writings nullify and misrepresent the word of God. In fact the use of texts without a solid foundation of logic subsequently nullifies any belief.
In the next video we will see more demonstrations that the book of Enoch has texts contrary to the Bible. 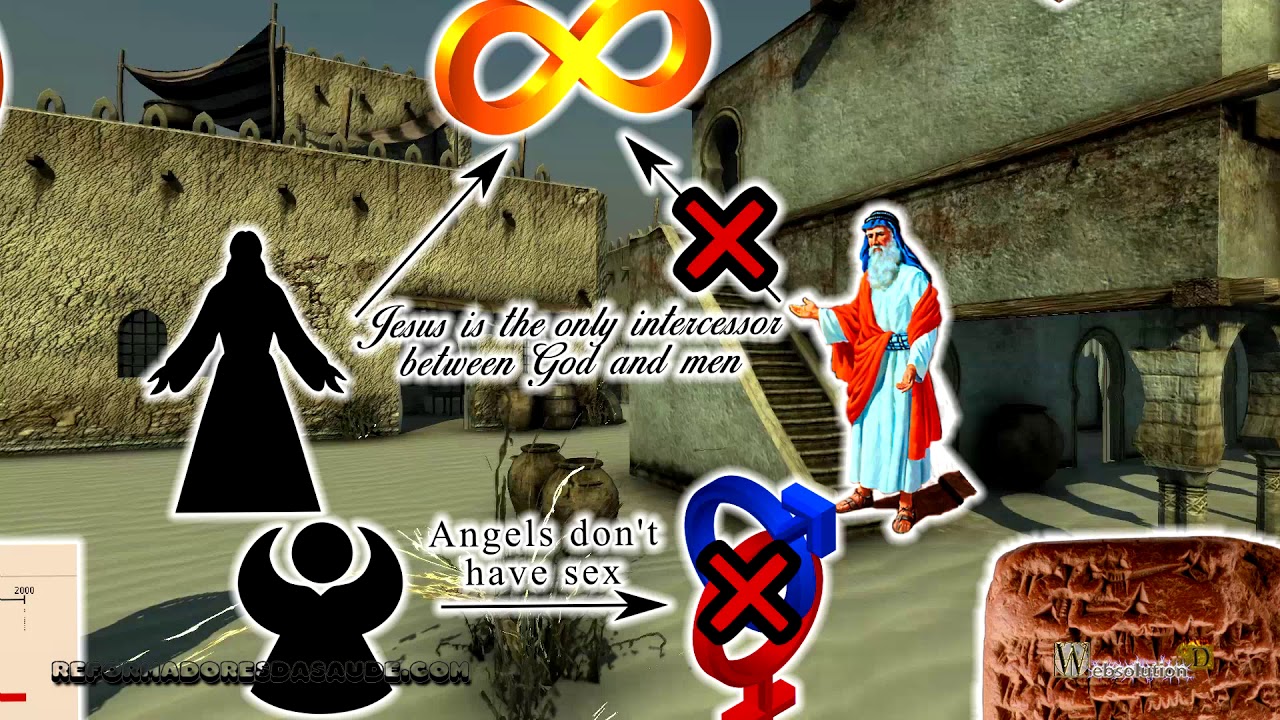