Which concludes that the Kingdom of God is the very connection of God in our hearts. But then how do you force that entrance? We see the text " And from the days of John the Baptist until now, the kingdom of heaven is taken by force, and the violent take it by storm " 4 , here he is focusing on John the Baptist, and reference is the connection to that John did, baptism. When we find the verse, "And when he saw many of the Pharisees and Sadducees coming to his baptism, he said unto them, Breed of the vipers, who hath warned you to flee from the wrath to come? " 5 What is paralleled in another verse, John said he to the multitude that came forth to be baptized of him, O generation of vipers, who warned you to flee from the coming wrath? " 6.

What we have is that people sought baptism but did not change their way, thereby forcing entrance into the Kingdom of God. Hence the concept of fleeing from the race of vipers, who teaches you to flee from the wrath to come? " 6 Thus the act of forcing entry into the Kingdom of God is to appear as partakers of the kingdom when they do not produce that which is defined" Produce therefore fruits worthy of repentance, " 5 " for the kingdom of God is not the eating and drinking, but righteousness, peace, and joy in the Holy Spirit " 3 .

The Greek term for "to force " is "?????" 8 , and this determines to force an entrance that can not be done, or to go in a place where one does not fit and even force to be there, we see verses that define the question of being pressed in peat or cut down on slopes, as 12,13,14,15 of this we have that a person who tries to force his entry into the Kingdom of God will not actually get into it, seen " because the kingdom of God does not consist in eating and drinking, but righteousness, peace, and joy in the Holy Spirit " 3 . We can also make a comparison of this impossibility " Not by might nor by power, but by my Spirit, saith the Lord of hosts " 16 .

Therefore it is clearly verified that it is not by acting correctly that a person enters by force in the Kingdom of God, but when what he does not match what he has in his heart. What do we see in the verse, " Foolish, who hath made the outward, hath not he also made the lower? " 17 " For thou givest the tithe of the spear, and of the rue, and of all the garden, and despisest the righteousness and the love of God. , these things we should do without leaving those ", 17 so we can observe that all things must be done to be really in the Kingdom of God, and that to force entry into the Kingdom of God, is to try to be a participant when you are running away of the wrath of God, in not bearing fruit for repentance. 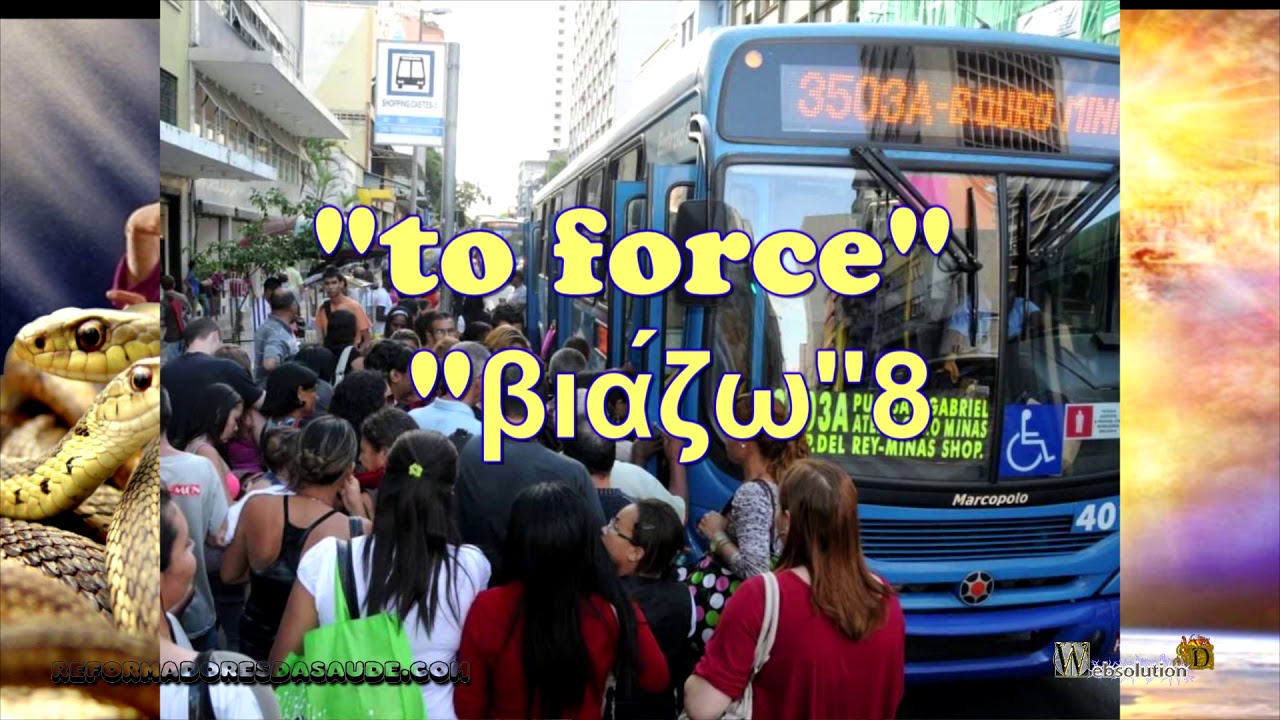