Some people question the Sabbath contained in Hebrews because of the verse:

Heb 4:8  For if Jesus had given them rest, then would he not afterward have spoken of another day.

But where is this verse? It's down.

Jos 1:15  Until the LORD have given your brethren rest, as he hath given you, and they also have possessed the land which the LORD your God giveth them: then ye shall return unto the land of your possession, and enjoy it, which Moses the LORD'S servant gave you on this side Jordan toward the sunrising.

But he defines a day he considered to have arrived and said:

Jos 22:4  And now the LORD your God hath given rest unto your brethren, as he promised them: therefore now return ye, and get you unto your tents, and unto the land of your possession, which Moses the servant of the LORD gave you on the other side Jordan.

Jos 22:5  But take diligent heed to do the commandment and the law, which Moses the servant of the LORD charged you, to love the LORD your God, and to walk in all his ways, and to keep his commandments, and to cleave unto him, and to serve him with all your heart and with all your soul.

Why, then, according to Hebrews 4: 8 did the day of rest occur in Joshua 22: 4? See that using a direct system will fall into a direct factor. The question is the text of Will Hebrews define a direct factor or a dualistic factor? If we direct, we arrive at end, the rest arrived at the time of the conquest of Israel. Would this be the the Hebrew text? Of course not.

Thus we have the foundation of the conquest of Jerusalem from on high. Thus, it speaks of a rest. But what rest? Verse nine speaks of sabbath, which is the definition for guardian of the Sabbath. There is only this word throughout the Bible and it was basis of Sabbath keeping. What we have again the dualistic system.    Now to conquer the territory of Israel, it was with blood and Jerusalem of the high? With obedience. One verse we can see this is:

1Co 9:26  I therefore so run, not as uncertainly; so fight I, not as one that beateth the air:

1Co 9:27  But I keep under my body, and bring it into subjection: lest that by any means, when I have preached to others, I myself should be a castaway.
Now let us understand the fact, in Hebrews 4: 9. We have the verse with sabbath, The term reportedly refers to the Sabbath. Then he unites the outcome to God in the creation. And he cites obedience. What we have? Many things. One remains one ??????????? sabbatismos, guardian of the Sabbath, connected with creation, there is rest ?????????? katapausis, so we have the celestial kingdom ??????????, and the obedience ???????????. Is the question still in question a connection to such?
Isa 66:23  And it shall come to pass, that from one new moon to another, and from one sabbath to another, shall all flesh come to worship before me, saith the LORD.

According to the verse, yes, there is a connection. Now, Joshua spoke of the conquest of Israel and Hebrews spoke of the New Jerusalem, which is the true one and not the slave.

Gal 4:26  But Jerusalem which is above is free, which is the mother of us all.
In fact, we have that the Levitic system occurred at Sinai linked to a group, while the Melchizedekian is earlier. Even so, the Sabbath was sanctified in the 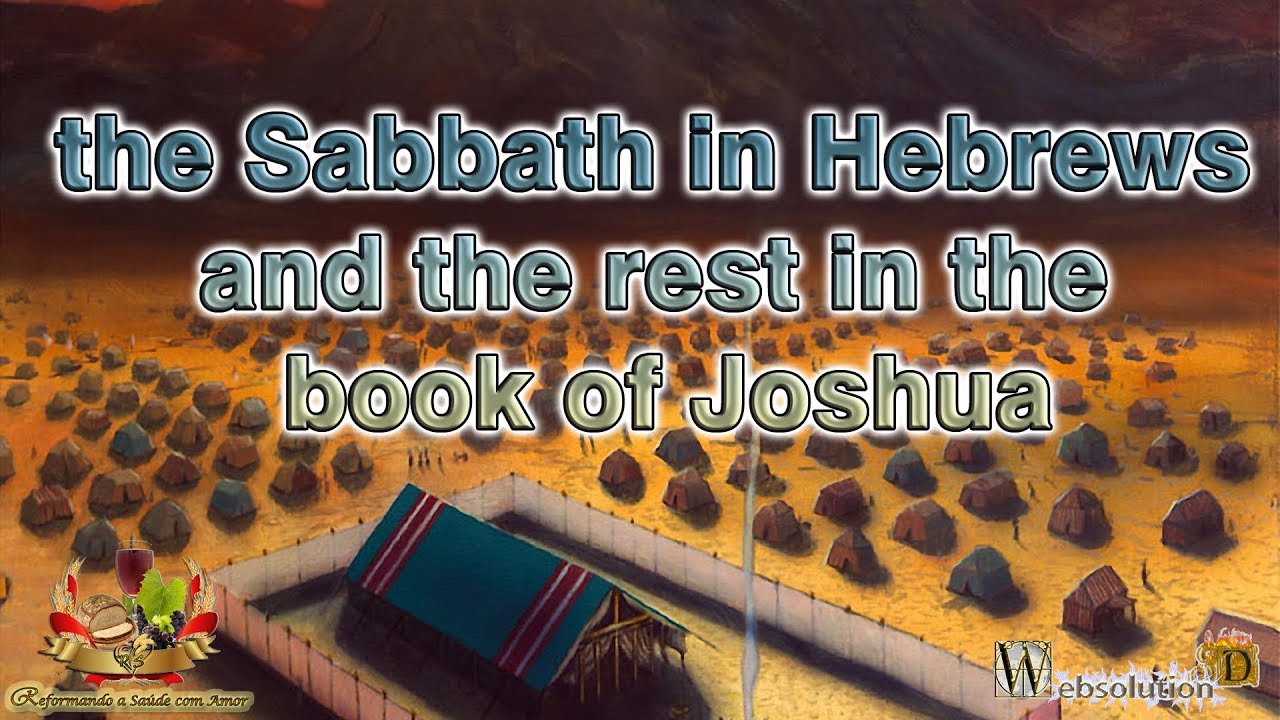