To analyze which factors involve the seventh day's sanctification is the very creation of the week. So when you create the week you create a norm. Well, every week there are seven days. And the biblical term is.
Gen_2: 3 And God blessed the seventh day, and sanctified it: because that in it he had rested from all his work which God created and made.
Now we can say that the blessing and the sanctification of the day is linked to every seventh day. For we can see clearly that the seventh day was sanctified. So every seventh day we have that such is holy.
The holy term that in Hebrew is kadosh which defines as dedicated or separate. This dedication or separation according to biblical rules is that it is dedicated to God. So when one reads the term kadosh for something, it is divine property, and should not be treated as ordinary.
See here we are analyzing in the initial period of all things, at that time there was merely Adam who was created on the sixth day, and I fear that the seventh was defined as holy. So being holy could not be treated as common.
This is because we have six days and none of these is sanctified, but only the seventh. In fact, if the seventh had not been sanctified, it would not make sense to have the week.
In fact we can note that there would be no sense of God resting on the seventh day, as God does not tire or need rest. So if a break occurs the term in Hebrew is shabath, and is not a rest of tired, which would be the Hebrew term nuach. So God himself did not need rest did not rest in the sense of tired, but in the sense of pleasure, delight. By God's delight in creation he marked the seventh day as a separate day, which is one of the strands of the meaning of a saint.
Now all those who separate the week in seven days, have the knowledge that the seventh day is holy. Now there is no logic that a person should separate the seven-day weekdays and not know how it happened.
Imagine that Adam was raised on the sixth day, how would he know that the week is seven days? Now the only way is that God has told you. This is clear since the week was not started with the nation of Israel. The week comes from a very ancient origin, and can be seen the seven-day week in Sumerian and Babylonian culture long before Abraham's birth.
Since the week is before Abraham, we clearly have the information about the week from a source not separate for a people, but for humanity, for its existence comes not from a separate people, but from an ancient and widespread.
Thus the only explanation for the existence of the week is that it was taught, before Abraham existed, and so it was in the sense of being given to mankind. What we can find on the back.
Mar_2: 27 And he said unto them, The sabbath was made for man, and not man for the sabbath:
When we read the term man, we have the Greek term anthropos, and so we again have the clarity that the Sabbath, which is nothing more than the seventh day sanctified since creation. And so was mankind given. In fact in Hebrew, the term Sabbath and rest, are written in the same way and are the same word. As the seventh day was sanctified in creation, and involves the rest of God, that rest becomes a noun.
It follows that the week and the sanctification of the seventh day are linked, and the existence of the week automatically binds to the seventh day sanctification. So once a person divides the week into seven days, it is obligatorily linking the creation week with seventh-day separation or sanctification.

Kadosh = ????
Dedicated to divine things
Shabath = ????
delight
Nuach = ?? Nu
Rest for being tired
Week only makes sense if it is to determine the seventh day.
Week of seven days is before the birth of Abraham
The Sabbath was made because of the man
Week and Saturday are linked 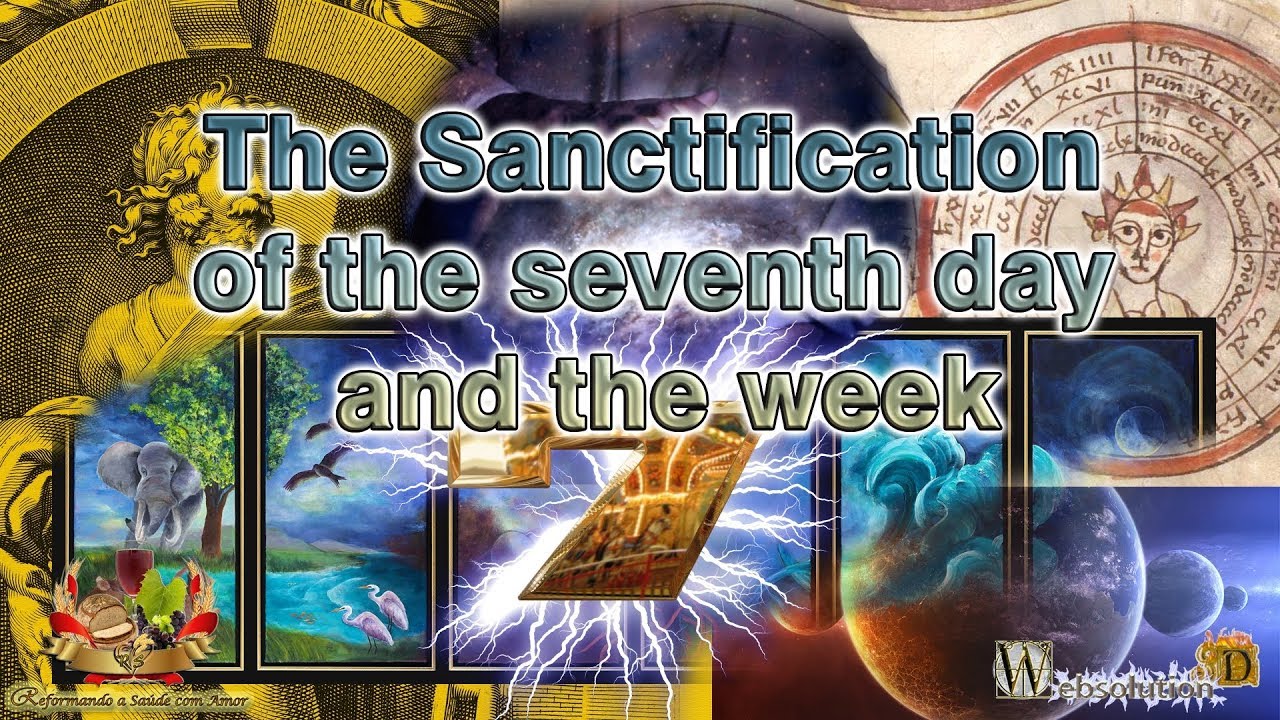