There is a line of thought that the person psychologically defines is okay, the question is: is she okay? The great problem with this type of thinking is the characteristic that what you think is not always real. A person can imagine himself as a superman, but when jumping from a building, he will not fly, will fall, and possibly die. So reality is not what you dream.
So the sum of being biologically healthy, with the happiness of being well, is in fact the correct factor of health. If one side or the other is bad, one does not have health, one aggravating one, the biological one can not be changed, the psychological one can.
Research determines a measure called BMI, Body Mass Index. And parameters of these values ??determine whether the person is overweight or underweight. But do not think that to be considered obese or anorexic, the difference is a few kilos, but of many kilos of difference.
For example, a 20-year-old man of 1.70 m at the limit of normal leanness, weighed 53 kilos, and at the limit of overweight would have 72 kilos, or could vary almost 20 kilos, to be in the classification of normal. But we can still find a large portion of the population that can live a normal life without great risks.
In the value for the individual of 20 years would have as leaner weight of 49 kg, and in the limit of overweight we would have, 87 kg, that is to say a band of 38 kg.
In these intervals a person who has a positive thinking, and does not engage in risky situations, manages to have a healthy life in the concept of being well with his body.
But by passing these limits, saying that you are well with your body, starts to look like an illusion. This is because exceeding I and II, if you have weakness, lack of nutrients, immune system lag. It would mean that a person who is always sick, and who has no strength for various actions, would be a happy person, would be somewhat out of reality. The opposite is also true, a person who goes into obesity I, II and III, would have the mobilities compromised, like running, walking, practicing sports. It begins to have an increase of the sedentarismo, and health problems.
It starts a strange system that the person begins to want to gain more and more weight, and the difficulty of losing weight is becoming more and more difficult. The person who is in this situation and is said to be well, also appears to be in a system of illusion.
Ideally, you would be happy to seek to be in a position where the body can be considered healthier.
The great problem of preaching acceptance of the body, even in need of change, is clearly that the individual will not make the necessary changes. For the individual buys an illusion, that the reality of his body is merely an illusion, and that reality is what the person thinks is reality. Again what is reality, and what is imagination? If the person runs over people and thinks they did not run over, the question is: did she run over or run over? Is reality the physical fact or the imagination of the individual? Now if the imagination of the individual is reality, he should not be condemned.
So it would be chaos if one's dream were determined as reality. Now if the dream is not the reality, then if the person is scientifically obese, or in anorexia, she has to look at herself realistically, analyzing the predicted morbidities, and measure if the costs justify the choice.
Merely to say I'm okay with my body, or I'm going to make bariatric to lose weight, or even I'll get fatter to reach the level of being accepted for a bariatric. These are things that must be thought with logic, not with will and emotion. For will and emotion are extremely variable things.
What usually occurs in modernity, is that the child is born and a family, who likes to eat industrialized products high in fat and carbohydrates. Usually at first they try to feed themselves with some vegetables and fruits, but soon they leave because their habit is not this, and the child adapts to the habit of the family and not what the family says to do, the saying "do what I speak, but do not do what I do "never works. The child usually ends up overtaking the family with regard to hypercaloric eating, and begins to get in the way of obesity risk.
Of the 16 some have the initial format of obesity, while others have a muscle mass that gives that form of big child, but instead of muscles, there is a lot of fat in the body. At 30, those who had the initial obesity format already have the actual obese form, and those with fatty tissues are no longer safe and begin to have obese body shapes. A large class of these not wishing to fight for a scheme, seek the easy way, and do a bariatric operation. And now they start to lose weight, at 40 to 50 have a life with rules, but they tend to have obesity insurance. After 50, the normal effects of aging are more pronounced, since bariatric tends to reduce the assimilation of proteins, and with that the individual's lean mass begins to reduce, more than the one who did not the bariatric, and thus needs of various nutrients. And from here, several noncommunicable diseases are favored and can affect this individual.
Be it like obesity or anorexia, or systemic lack of minerals and vitamins. The health care of the body is in the end a matter of absolute reality, because the imagination of a relative reality will not bear the consequences of going against the absolute reality that will add more and more sufferings until the person sees reality.

The psychological can change
The biological does not.

20 years old
normal [53-72]
limit [49-87]
Thinness I and II
malnutrition, weakness, difficulty concentrating
Obesity I, II, III
difficulty in movement, difficulty breathing, circulatory problems
Going in the best direction is a foundation for health
To believe in a dream contrary to reality is the principle of the search for disease.
The sooner you have chosen health less health problems in the future
Subterfuges not to seek the ideal, only passes the problem forward

The imagination of a relative reality will not bear the consequences of going against absolute reality, which will add more and more sufferings. 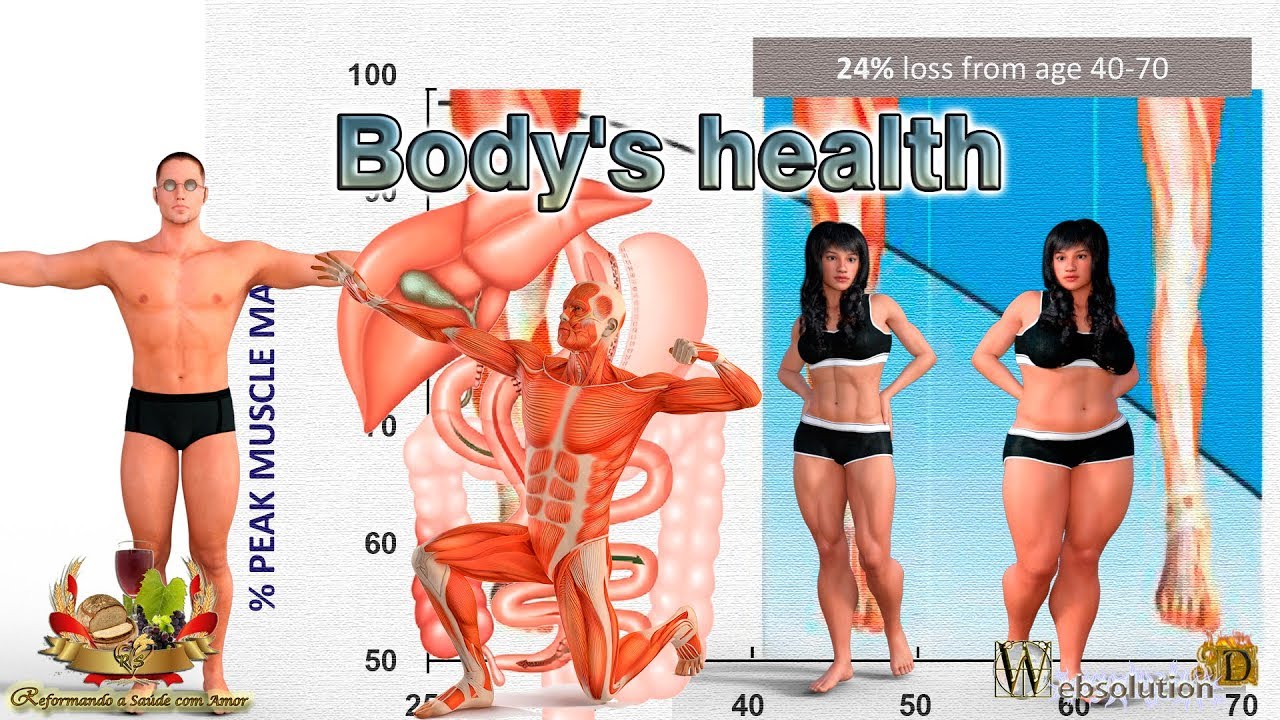