Whenever one talks about vegetarianism, one has in the media that the individual will lack vitamin B12. The fact is that there are very few cases in which vegetarians with health problems come from the lack of B12. In other words, it is a myth that is spoken to try to justify the act of eating meat.
B12 is easily acquired by fermentation, and by foods with the least amount of pesticide possible. In other words, natural food with fruits and vegetables, unheated foods have B12 through the bacteria that bind to them.
Imagine you have a bacterium in the shell of a manga, it will usually be the producer of B12. The act of feeding several times with these foods, with their natural bacteria, releases small amounts of B12 in the body.
But are not bacteria bad? Our intestinal tract is full of bacteria and these are called intestinal flora. Without these bacteria man can end up dying. In other words, man needs bacteria. But there are pathological bacteria, but in a natural, well-maintained, clean environment these bacteria would not appear.
But vitamin B12 is just one way to justify eating meat over who is a vegetarian. With the preconception that a vegetarian is at risk of life. But a simple question, how many vegetarians or vegans, have you ever seen appear on the news reports as having died for lack of vitamin B12, or was it life-threatening for lack of B12?
What we have is that some vegetarians or vegans do not accept the logic of needs. In other words, if there is a health problem, it is necessary to have a doctor or to follow unnatural rules. However, a person with diabetes needs specialized medical care. And this is not banned for being vegan or vegetarian. It is anyone's act of not looking for a medical professional in case of health problem, it is the lack of a logical culture and not to be vegetarian or not.
But B12 as a pathological factor for vegetarian or vegan communities is just a myth that was created for the justification of eating meat.
For example there are several studies that show heart problems and death from a diet rich in red meat and animal fats. With high numbers of death.
But a systematic study of cause and effect of vegetarianism and lack of B12, with consequences in clinical outcomes do not exist. One is why B12 is a vitamin that can be reserved during large periods and is assimilated with the best intestinal flora, which is also linked to a vegetarian diet.
In fact we have that WHO defines that processed meat has carcinogenic factor 1A and red meat 2A, in fact a vegetarian diet is actually a factor preventing cancer. Thus, a vegetarian diet with food diversity and the most natural way possible free from deleterious products, is still a system of lower disease risks.

R: Vitamin B12 is often the excuse to condemn vegetarians, such as people who will be sick, but that is a myth. 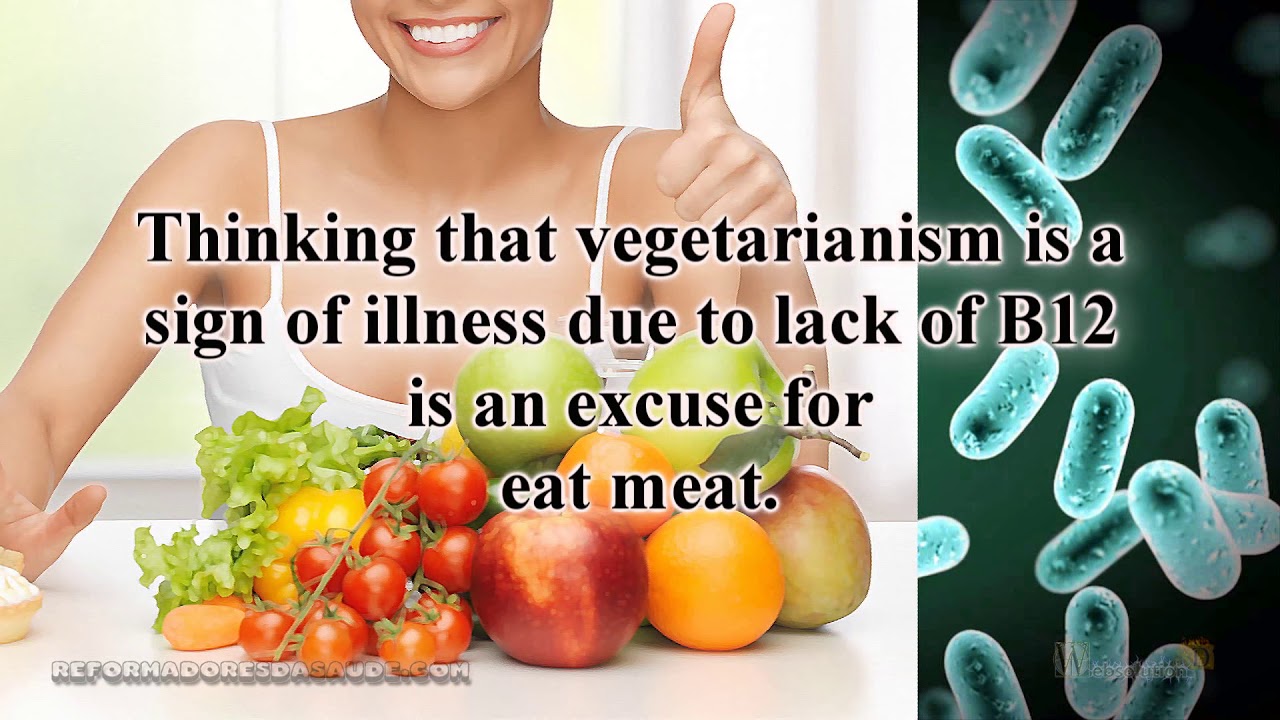