What is work? In physics is the transmission of energy to a body to move in a space. But when we talk about work, we are usually talking about employment. Usually employment is an action that receives a monetary value.
The action taken to receive the monetary value is supposed to be a necessary action. The question is will the economic system always generate service for everyone?
To answer this question we will have to examine working relationships. But let's look at it simply.
For example Joseph is a farmer, John is a breeder.
Joseph exchanges his products with John, who gives him products that Joseph does not have.
A powerful group determines that Joseph and John must pay tax, first Joseph and John give their products, not to suffer reprisal. To add power the dominant group creates service documents, so that group can request services without having to trade for real products. It then decrees that the service document be accepted to purchase the actual products. This is called money. Now money is the foundation for adding power over the paper money generator.
So those who have money have purchasing power by distributing income, if few have a lot of money and many have little, the many have to become servants of those who have more. But if we imagine a production system with thousands of employees for a few bosses, the distribution of money would be uneven, but now imagine that I can remove the employees and put machines? The distribution of money would be even more uneven. Now imagine that in the business and document management industry automatic systems with artificial intelligence are created, and now in the end imagine that the commerce sector is managed by an internet network system.
Let's now imagine the scene, a group of production dominators. Managing machines and systems to manage products, sales, and bureaucratic systematics. To whom would this production dominator generate income distribution? Now what is needed is heavy taxes to simulate a facade socialism. With the distribution of income the effect of this system is minimized, but there comes a time that the tax itself would be directly to remove from those who have more and drive to those who have less, and thus circulate trade.
But is this the foundation of capitalism or is it a socialism? But money aggregators will accept that what they have is passed on to those who don't, without them doing nothing.
Remember we are in an economy where production, trade, and paperwork is automated. What is the use of the individual who is not one of the owners of production?
Let's face it, production bosses can do anything with individuals who are no longer manpower, so they will be dolls, or subclasses. Typical of feudal systems, or absolutist monarchies.
Stagnant view, we keep working system without the addition of technology that adds profits, not needing manpower. All countries stop in time.
Utopian vision. The profit system ceases to exist and man develops the ability to think and rationalize in order to improve society. By automating the production system the system of thinking and evolution is for all men.
Now what is the probable system adopted by the world? Now would be the war system, in which each of the systems mentioned would be chosen by a group of people. Now it is normal to observe in the history of society that normally the option of the winners would be adopted, it is assumed that the first view would be accepted, but this type would generate social upheaval for rights which would generate revolution, and this cycle could go on for years or never stop. , or generate terrible destruction.
And how to solve the problem of work? Now the problem of work is directly related to man feeling part of the whole, or feeling the leader of the whole.
Politics, work system, barter, economy, feudal system, money, fiat money, socialism, capitalism, income distribution, inequality, income concentration 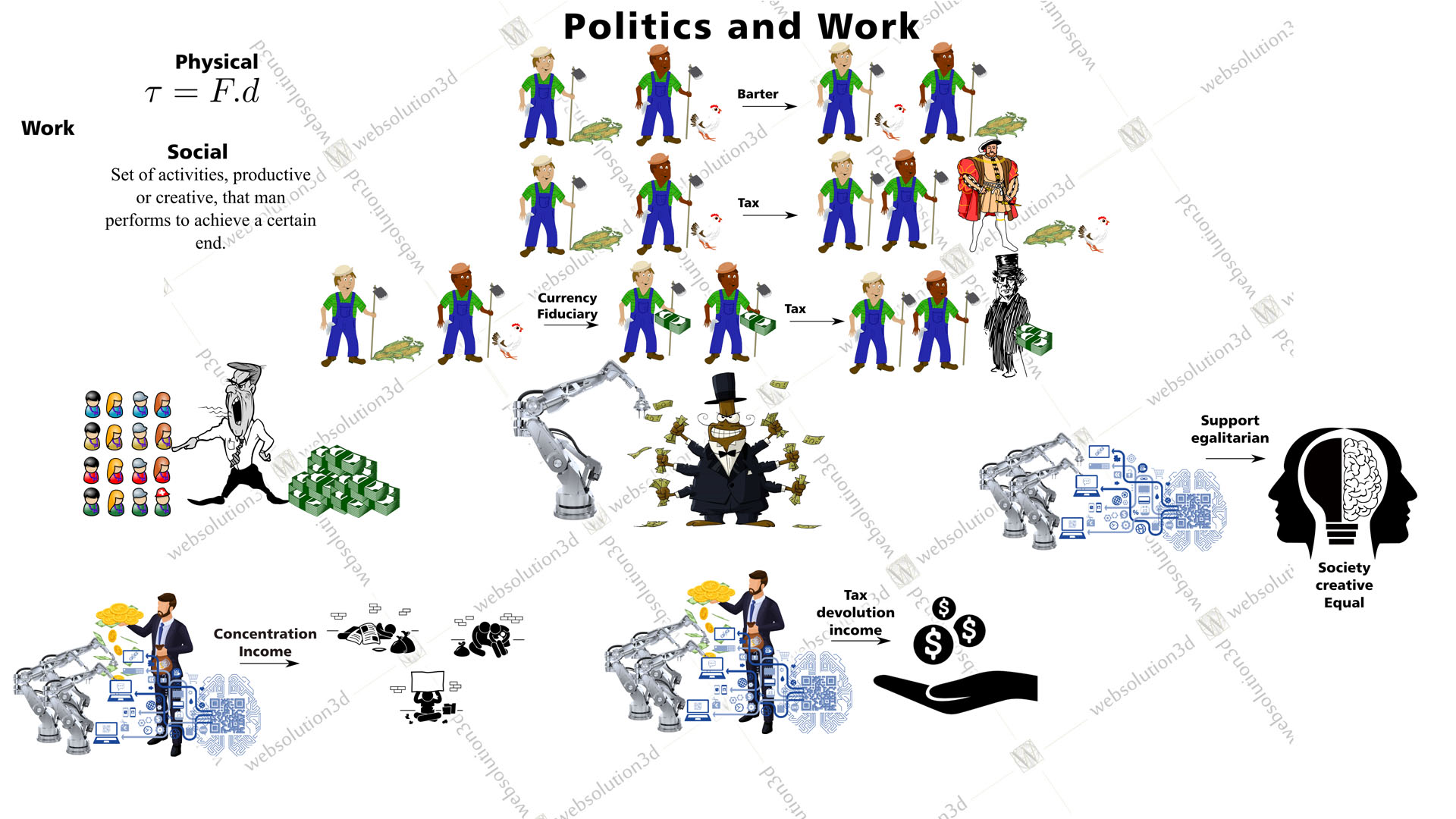 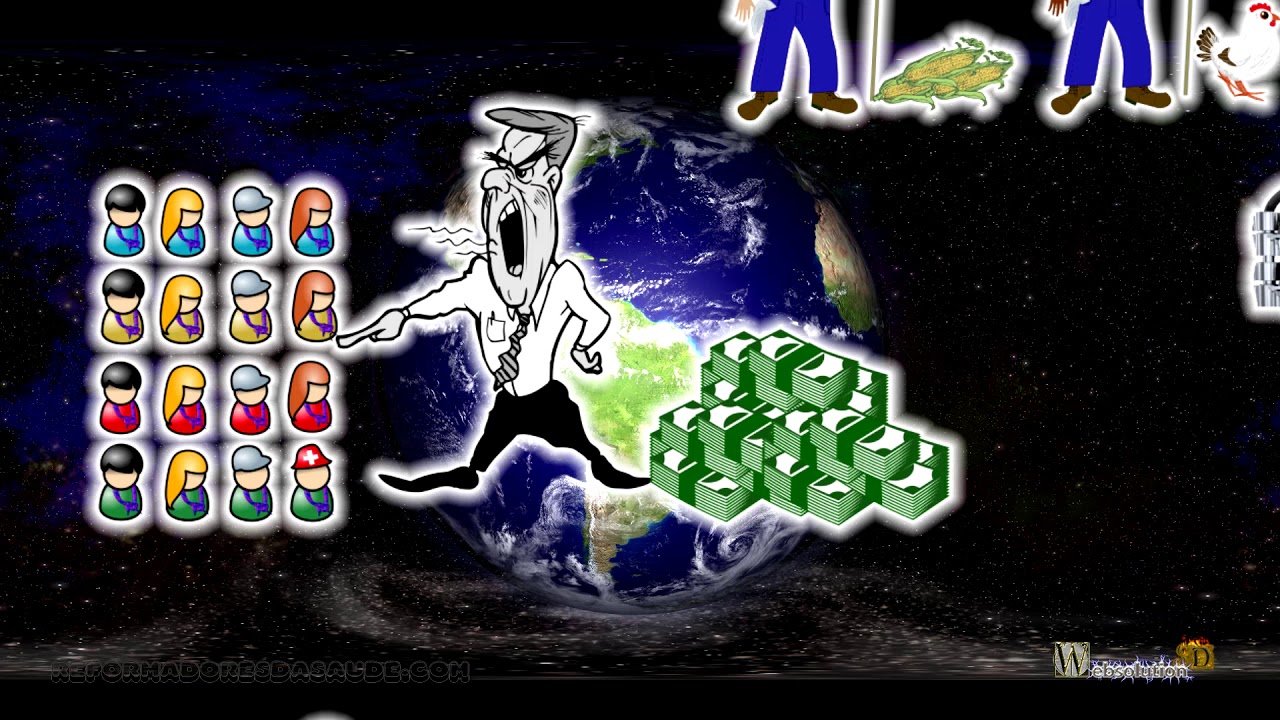