Beelzebub.
It is a name of Chaldean origin, and its form is baal zebube, which means lord of the flies, and is a deity of the Echronists. It was considered a deity of the dead. For when a man or animal died the flies would gather in their bodies in great quantity. And the concept was that the flies carried this man or animal to the land of the dead, where Baal Zebube ruled. Ahaziah King of Israel sought to consult this deity. This name was later conceived as Satan. But in the Bible this name is only defined for the deity of the Echronists. For example Anubis is the god of the dead in ancient Egyptian culture, so should we call Satan? Each deity of ancient peoples, is merely their deities, be Baal, Ishitar, Osiris, Dagon, Hades, and others. So what we have is that the Jews had lost the real knowledge of what would be Baal Zebube, and defined it as a demon.
Satan
It comes from the Hebrew origin Satan, and means merely "the enemy." In fact the term merely involves the concept of adversary. In the Bible in some verses it talks about God's adversary. This is a generic term. Every adversary of God is Satan. Many people create mysteries with this term, but it is merely a logical term. It involves a class of people and entities that go against God. We can see in the text.
Mat 16:23 But he turned and said to Peter, Behind me, Satan, who is a scandal to me; because you do not understand the things that are of God, but only those that are of men.
Which shows that Peter was not understanding the things of God, and thus doing God's enemy action.
Lucifer
It comes from the Latin lucifere, meaning light bearer. Its connection with Hebrew comes with the term morning star. In fact, the term is not something derogatory, but rather elevation. Define someone to be a light bearer. In fact the pejorative feature of this name comes from the Catholic culture, which defines that Lucifer represents Satan as a fallen angel. In fact in the Revelation book of Revelation this construction occurs. But never defining that light bearer is only a being, and that it is only Satan. It is clearly possible for entities to be Light bearers and not Satan. In fact Lucifer ceases to be a light bearer and becomes Satan. But still in the bible says that such can deceive into an angel of light.
Demon
From the Hebrew Sauir, which means goat, this is usually the usual representation of demons, goat-like entities with horns and goat feet, a typical anthropozoomorphism. This concept is linked to Canaanite deities, which were always represented with horns. This does not mean that evil entities have horns, since Canaanite culture is not the representation of biblical concepts. The Vikings used horns as a representation of strength. But for spiritual entities, physical mechanisms represent no force at all.
Azazel
Azazel comes from a very complex term, some define as scapegoat, others as a proper name as seen in the book of Enoch. Its construction and use is clearly seen as a name, and is placed as the leader of demons. His name is included in the Hebrew rites, and his death must occur in solitude and away from the sanctuary. The most terrible artistic representations of evil uses this name. Your name can be defined as the god of no repentance, or resistant. In Jewish ritual there was essentially the characteristic that repentant sin was forgiven, but unrepentant sin was paid with the death of the unrepentant.
Analyzing the various names, we have that the only one that would describe a fundamentally biblical name for evil is Azazel, Satan would merely define as an enemy of God and not a name, Lucifer would not be definition of something bad, but something good, because bearer of light is a good thing. And the other names are merely gods of other peoples who were not the Hebrews. There is much mysticism about these names, but their existence must be analyzed logically and not with daydreams and mysticism.
satan, beelzebub, baal zebube, demon, azazel, lucifer, satyr, horns, light bearer, enemy, fly god 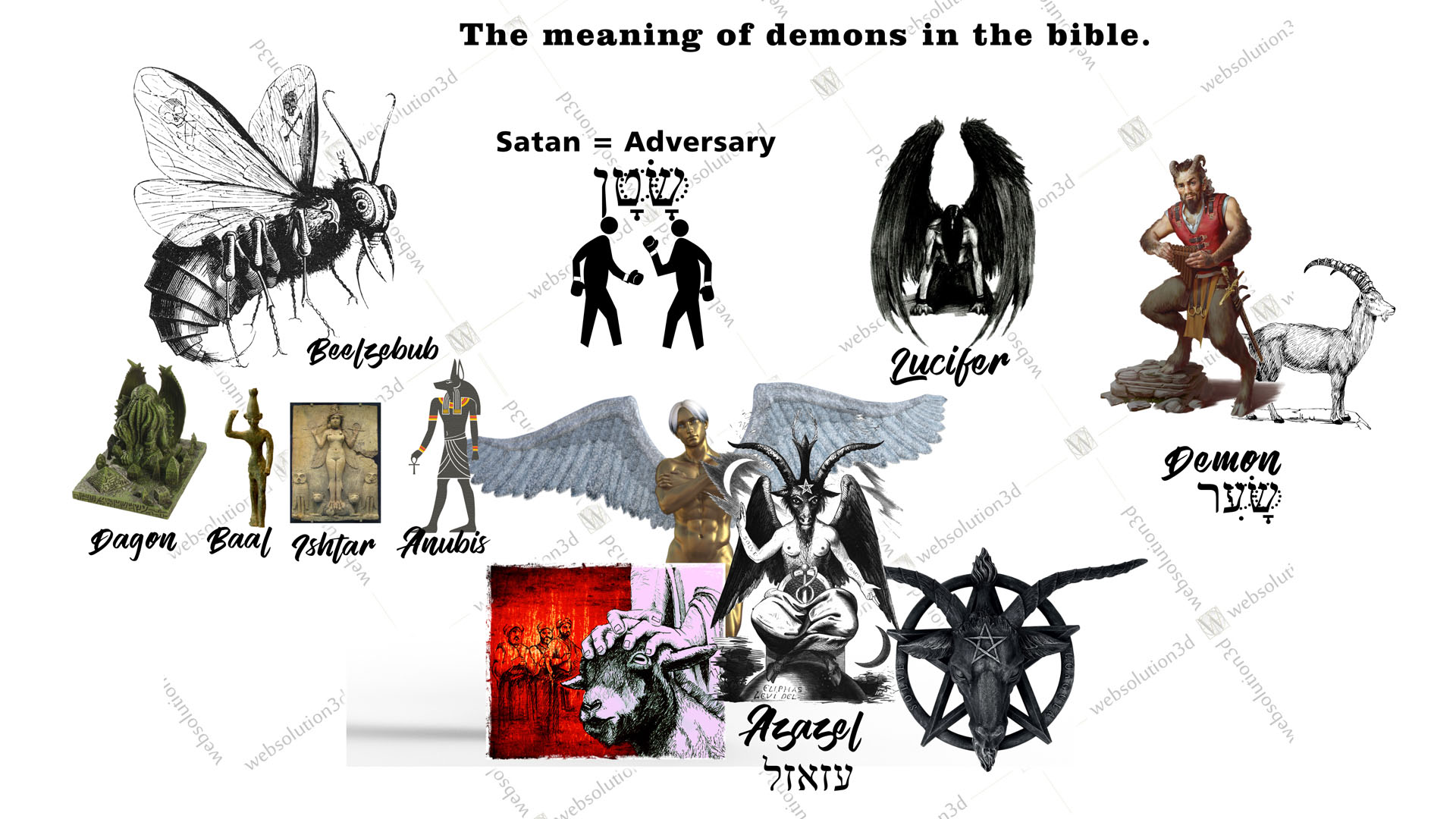 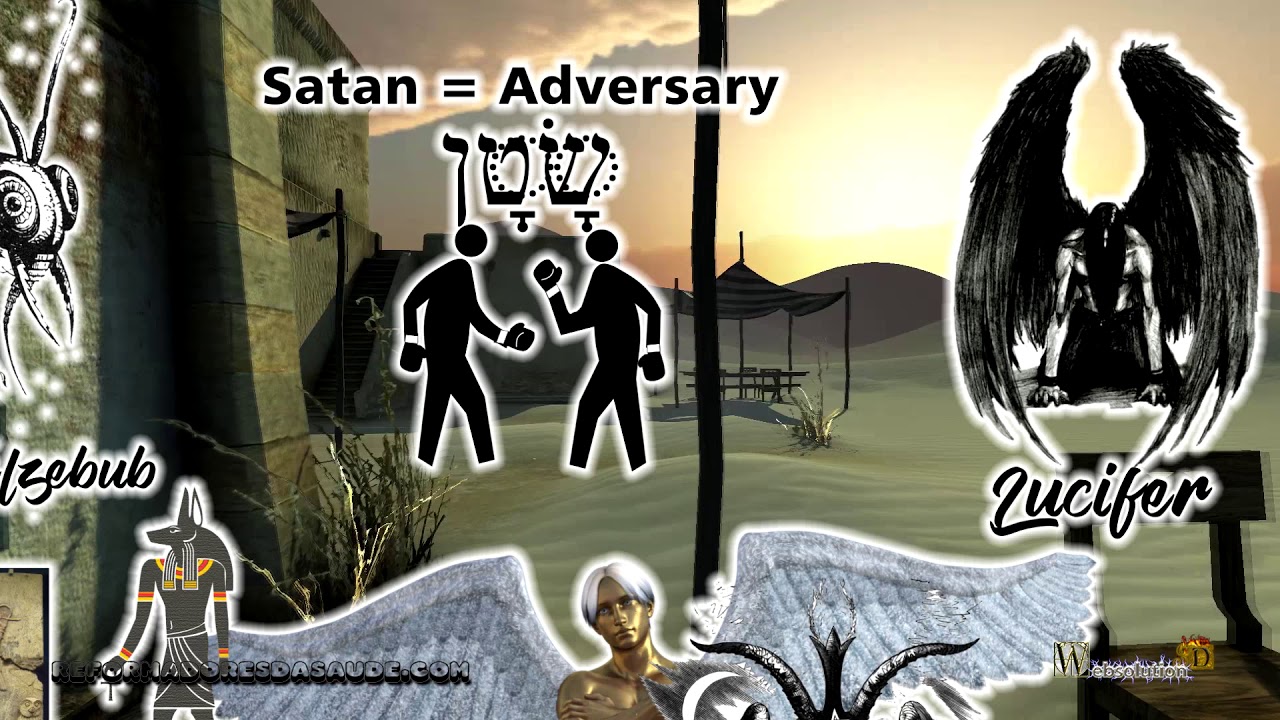