A French president once said that the Amazon is the lung of the world. But the Amazon isn't the planet's oxygen-producing system.
The exchange of carbon dioxide to oxygen is mainly due to aquatic plants, especially phytoplankton.
70% of all oxygen in the world is produced by sea phytoplankton.
So what is the Amazon for?
The Amazon is very important for the temperature of Brazil and the planet. We can see on the heat map in the world produced by NASA.
The reddest parts are the hottest, and the less red parts are the coldest. Even though the Amazon rainforest is on the equator, temperatures in areas that should be cooler are warmer. Because these regions do not have forests.
Thus the forest balances temperatures, and favors extreme extremes of heat and cold, and reduces high winds or extreme rainfall.
All of Brazil is favored by the Amazon rainforest, not to have windstorms, extreme storms, dry regions like Sahara. In addition to favoring stable climatic periods.
In other words, destroying the Amazon is automatically destroying Brazil.
In France 1500 people died from extreme heat, but in 2003 there were 15,000 deaths. This is because France did not take care of its forests.
In Brazil data show that deforestation rose 91% in the first 7 months of 2019. This is extremely terrible. For in later years Brazil will suffer damage with rainfall, heat, and reduced soil fertility.
Brazilians will suffer more and more from the deforestation that occurs. And yet Brazilians do not observe the risks they are taking. This is because there is no culture of prevention.
And it's not just Brazil that suffers from Amazon deforestation. The world is on the rise of warming. NASA has collected data on global warming. And we can see the warming in this animation. For almost 100 years the earth's temperature has remained constant, but note that in a few years the temperature has changed dramatically.
And this change occurred in the same period as the rise in gas production by industries, and cars, and by global deforestation. The Amazon is the largest natural ecosystem on the planet, and Brazilians are destroying it. This speeds up global warming, and may no longer have a return. And people will reap the evil that nature has done. And there will be no return. If we have a chance, we must fight to conserve what we have. 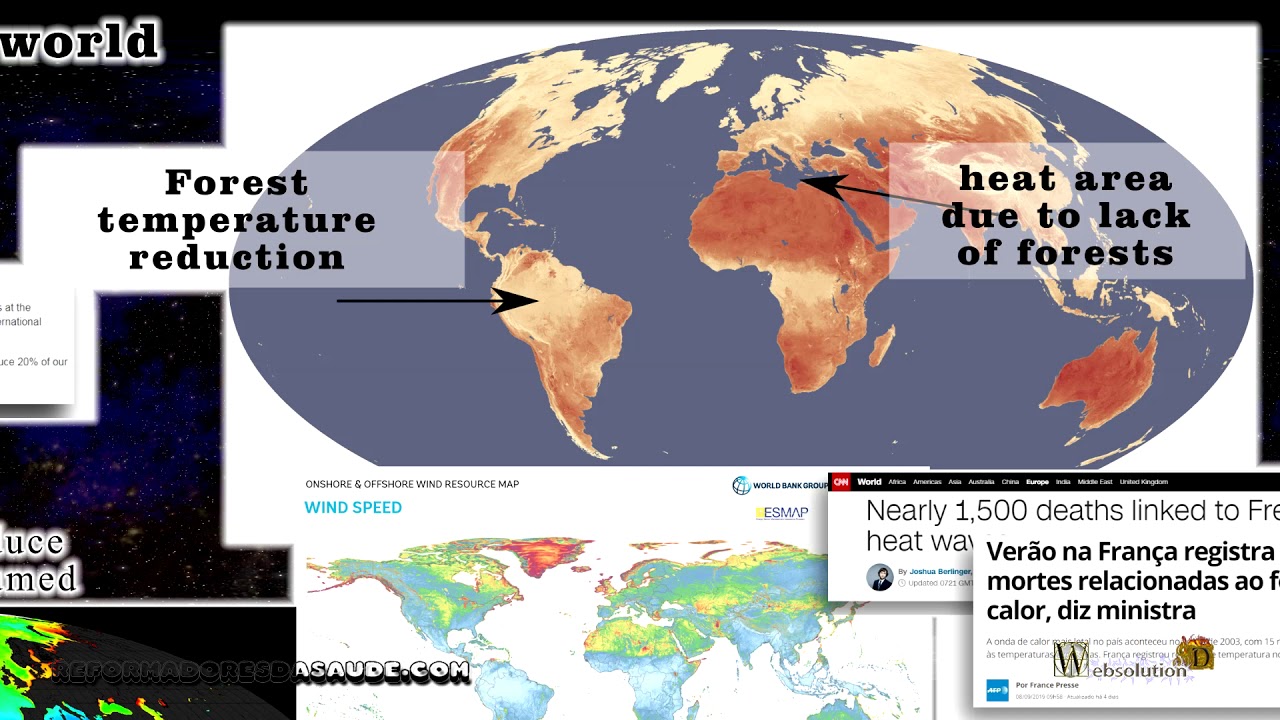