#God #GodExists #ReformadoresdaSaude #IntelligentDesigner #ExistenceofGod #CreatingEntity #CreatoroftheUniverse #philosophy #God #existenceofGod #evidence #creationism #absoluteTruth #relativeTruth It is clear to note that many people analyze that God was created, use different concepts, use human errors, and apply such errors to God, and thus build the idea that God was created.
To analyze such things, we must leave the concept of human existence. Many philosophers say that this is impossible, since it says that the universe is seen by man, and so it cannot be out of man's view.
But is this really true? Now the very concept of saying what is true already determines this outside the concept of man's view. For if truth is a human concept, then there is no truth. The word itself loses its meaning.
In fact, the first point to know if God was created by man, is to know if there is absolute truth. We could use an allegory. Suppose we have a deadly poison, all those who say that the poison does not kill and take the poison die, the question was the poison created by man? And when I say created, I don't say producing, but that the laws that govern chemical compounds to the point of being deadly to humans, were these laws created by man, or did they already exist? From this question we can determine whether the truth is absolute or relative.
Usually philosophers use the deviation system to defend relative truth. For example, a deadly poison has a very small deviation so that someone can escape quick death. So philosophers shy away from defining the relative truth in relation to the use of bullets, bombs, building jumps, or anything else that might constitute favoring death, generates fear in a philosopher who defends relative truth. But when the deviation is large, as in the case of cigarettes, which have nicotine, but the deviation to die is great, in these cases the philosophers use the relative truth.
Thus, the greater the deviation, that is, the less chance of an action generating an outcome, the more in these areas philosophers use the concept of relative truth.
And so we can say that the defenders of the relative truth have their defense proportional to the deviation of the outcome of action.
This alone shows that the truth is absolute, the question is that man should arrive perfectly, that is, when the deviation is zero, that is, there is no more deviation. In fact, defenders of relative truth try to use deviation as a human analysis, but the mere existence of the variability of deviations shows that the truth is absolute, only that man cannot arrive at something without deviation.
But the size of the deviation is inversely proportional to the amount of information about that event. The very existence of information proportional to the deviation to an outcome, already demonstrates the absolute truth.
When we arrive at this effect, several philosophers use the "may be" system, a tendency to seek in the amplification of a variability the primordial tool of the defenders of relative truth. Expanding the variability, even if by hypothesis, facilitates philosophical work. Logically, this knife is double-edged, since variability also manages any possibility, and not only the philosopher's position.
In physical science, we try to converge to a point, but in most philosophical areas we try to diverge. The more we diverge, the more everything becomes nothing and nothing else becomes everything, to the point that nothing and everything are the same. This becomes the philosopher's initial canvas, so he can draw the universe according to his will, taking the philosophers he most sympathizes with.
In the physical model, however, it is not the search for variability that determines what is observed. Wanting to like the sun to revolve around the earth, this does not determine the fact, because mathematical and logical errors would arise from this ideology. But in the pure philosophical concept, physical reality is no longer important. And then we manage the issue.
Is absolute truth a physical or philosophical question? The answer is simple, for physics the universe was not created by man, but in philosophy, the universe is a creation of man. Philosophers could question the last part, defining that these determine that the universe is the vision of man, therefore defending that the universe is a human creation. And ignoring the deviation factor. A philosopher can still manage the idea that the deviation itself is a human vision, and link the widening of the deviation over the deviation, going so far that everything loses its meaning. In that case the earth can be flat, round, square. Let the sun revolve around the earth, or let the earth illuminate the sun, and everything is meaningless.
Where then is the error of this type of philosopher? Where you think the assumption has the same weight as it proves substantial. Doubting everything is the beginning of philosophical error. Not that the doubt is wrong, but the act of considering that the doubt has the same weight as the physical tests and the mathematical basis, this is a mistake. In fact, for the one who doubts everything, even the error ceases to exist, in fact on this path, even the person does not exist.
And now we can say whether God is a human creation or not. For the philosopher who generates doubt in everything, both God, and man himself, and even the universe is man's creation. In fact, if man ends up being his own creation, then man does not exist either. In fact this is the end point, if the philosopher uses the mechanism of doubt to deny the existence of God, then the same tool denies the existence of himself. And the same tool you would use to prove your own existence is the same tool to prove the existence of God. 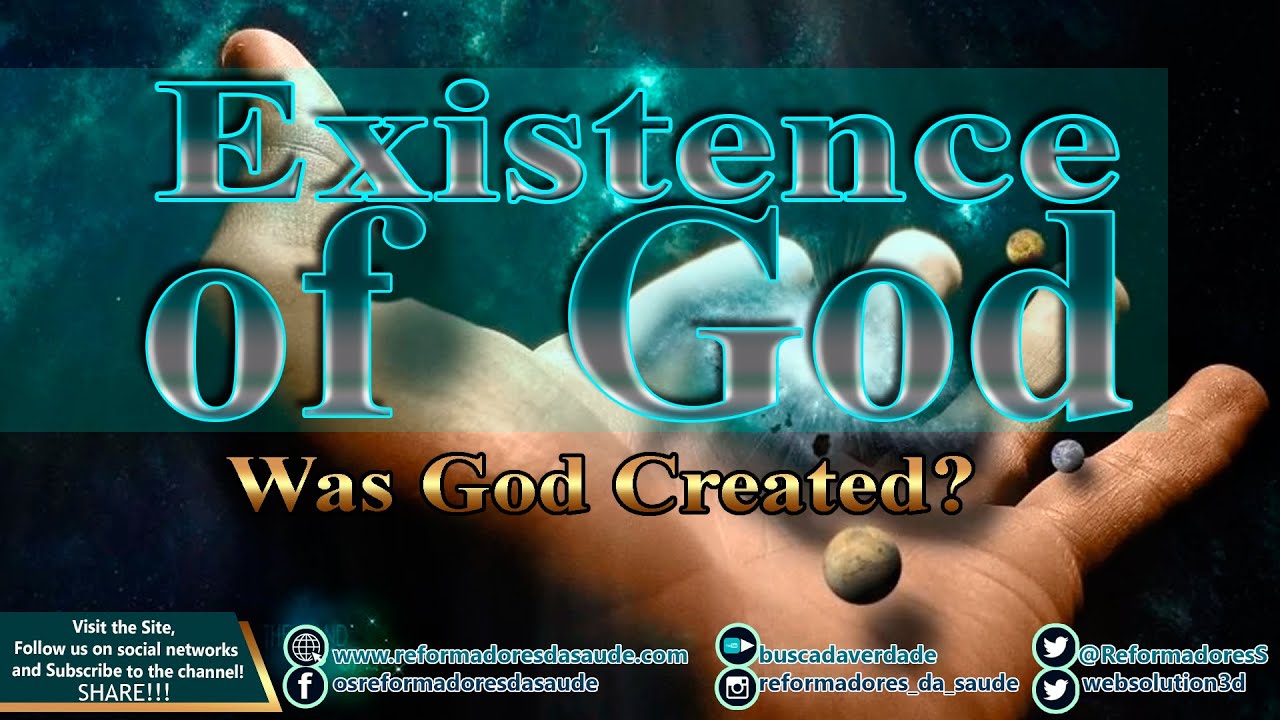